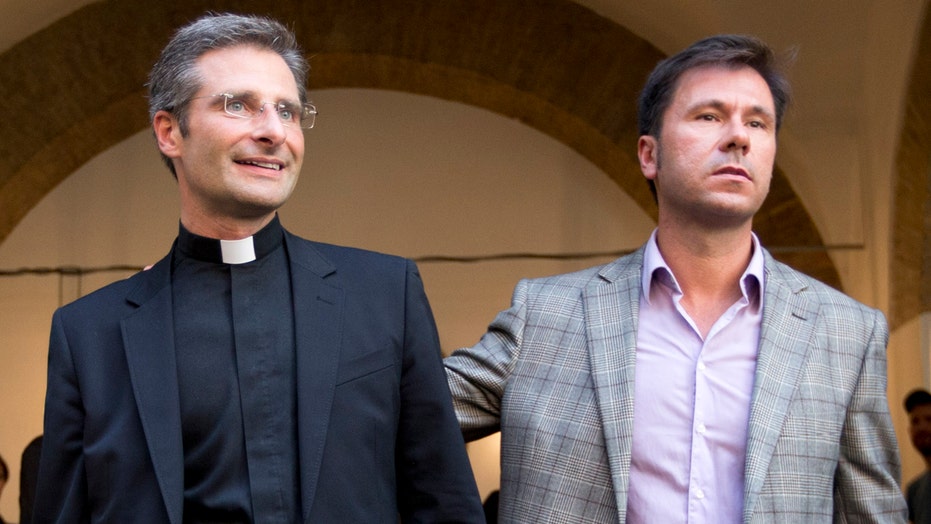 VATICAN CITY – The Vatican on Saturday fired a monsignor who came out as gay on the eve of a big meeting of the world's bishops to discuss church outreach to gays, divorcees and more traditional Catholic families.

The Vatican took action after Krzysztof Charamsa, a mid-level official in its doctrine office, came out in newspaper interviews in Italy and Poland saying he was happy and proud to be a gay priest, and that he was in love with a man whom he identified as his boyfriend.

"The decision to make such a pointed statement on the eve of the opening of the synod appears very serious and irresponsible, since it aims to subject the synod assembly to undue media pressure," the Vatican spokesman, the Rev. Federico Lombardi, said in a statement.

As a result, Charamsa could no longer work at the Vatican or its pontifical universities, he said. Despite his dismissal, Charamsa remains a priest, although Lombardi hinted that his superiors could take further action.

Charamsa, 43, initially planned a press conference in front of the Vatican's Congregation for the Doctrine of Faith's office, but moved it to central Rome after the Vatican action. He was joined by his companion, identified only as Eduard.

Charamsa told reporters that the timing of his disclosure was not related to the bishops meeting on the family, but said he hoped it might add "a Christian voice" to the synod that is expected to address how the Church can better minister to the homosexual faithful.

"I came out. This is a very personal, difficult and tough decision in the Catholic church's homophobic world," Charamsa said, and asked people to bear this in mind.

He said he has written a book in Italian and Polish to "lay bare" his experience "in front of all those who want to confront me."

Charamsa told the Polish daily Gazeta Wyborcza that he was motivated to make his sexual orientation public by hate mail that he received after publicly criticizing a right-wing Polish priest who is strongly anti-gay in the Catholic weekly Tygodnik Powszechny.

"I have to say who I am. I am a gay priest. I am a happy and proud gay priest," he told Gazeta Wyborcza.