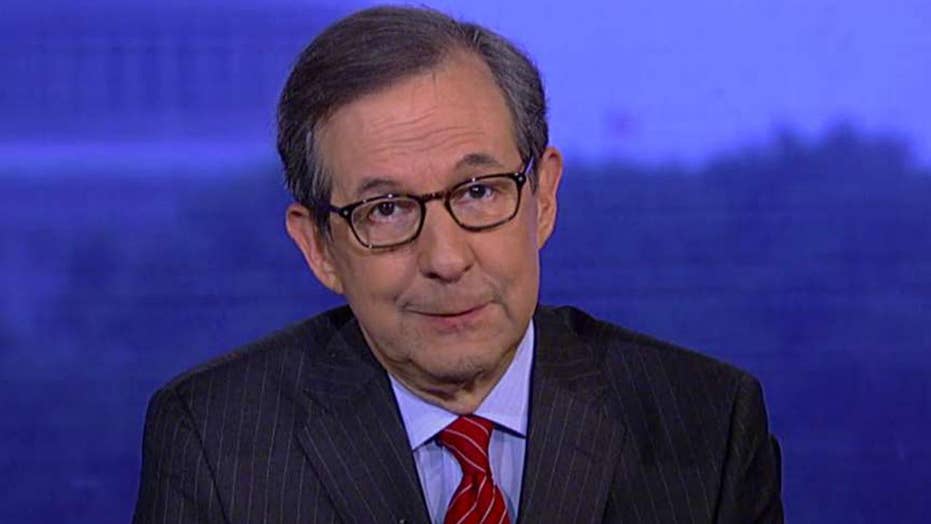 Chris Wallace on the significance of US withdrawal from INF treaty

The Trump administration announces it's ripping up the nuclear arms treaty that President Reagan struck with the Soviets during the Cold War; reaction and analysis from Chris Wallace, anchor of 'Fox News Sunday.'

A top Russian official on Tuesday said the U.S. is stoking tension after firing a ground-based version of a Tomahawk cruise missile that was previously barred under a Cold War-era agreement between the two sides that both accused the other of violating.

The Pentagon on Monday said the cruise missile, fired off the coast of California, hit its flying target 310 miles away.

“The United States has obviously taken the course of escalating military tensions. We will not succumb to provocations,” he said.

The U.S. withdrew from the Intermediate-Range Nuclear Forces Treaty on Aug. 2.

HOGGMAN AND SOAMES: STOP PUTIN NOW, AS CHURCHILL WOULD WARN, OR WEST WILL FACE THE CONSEQUENCES

Russia recently suffered what many believe was a nuclear-powered missile test failure at a remote base.  There has been speculation about what kind of missile was being tested at the time. One theory in Forbes said Moscow was testing a “mega-torpedo,” 30 times larger than the conventional ones found on submarines.

The explosion prompted President Trump to take to Twitter to say that the U.S. was monitoring the situation, but has more advanced technology.