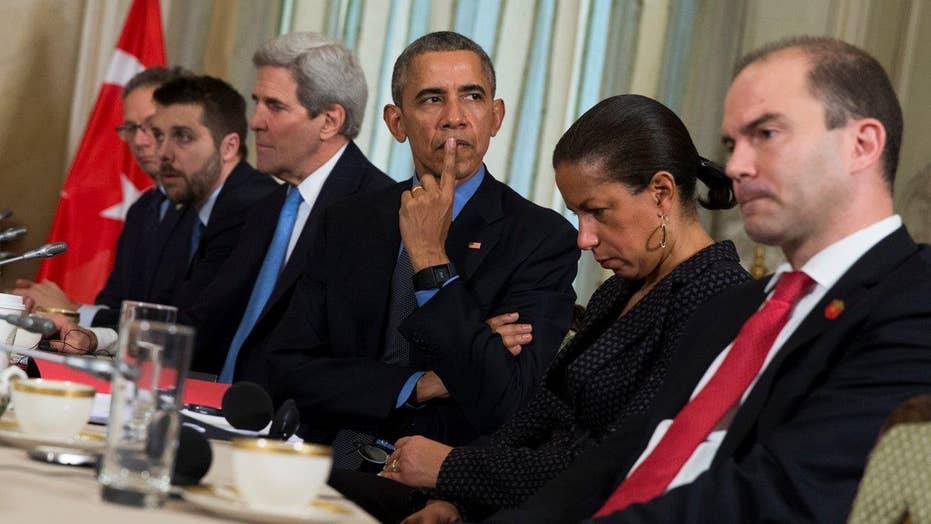 Turkey-Russia relations pose diplomatic challenge for the US

ANKARA, Turkey – Turkey's president lashed out at the United States a week after President Barack Obama's envoy visited a northern Syrian town that is under the control of Syrian Kurdish forces, which Ankara considers terrorists.

In comments published Sunday, Prime Minister Recep Tayyip Erdogan said Washington should choose between Turkey and the Kurdish Democratic Union Party, or PYD, as its partner.

That came after envoy Brett McGurk's visit to Kobani, where the PYD's military wing, aided by U.S.-led airstrikes, drove back Islamic State militants a year ago. Turkey considers the PYD a terrorist group because of its affiliation with Turkey's outlawed Kurdistan Workers' Party, or PKK.

Erdogan said: "How can we trust you? Is it me that is your partner or is it the terrorists in Kobani?"

In Washington, a State Department spokesman reiterated the longstanding U.S. policy that considers the PKK "to be a terrorist organization."

"We continue to call on the PKK to immediately cease its campaign of violence. A resumed political process offers the best hope for greater civil rights, security, and prosperity for all the citizens of Turkey," said Noel Clay of the State Department.