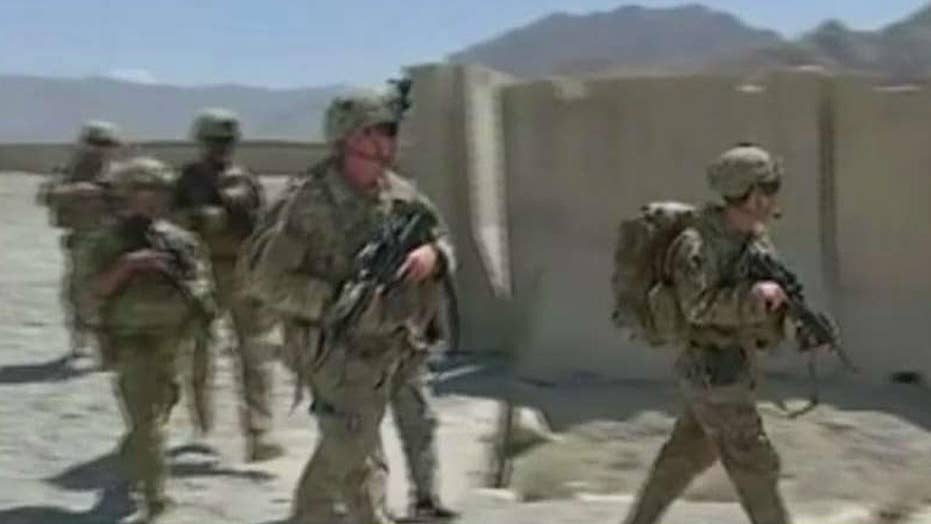 Insider attack kills one wounds another in Afghanistan

U.S. service member apparently killed by the very same Afghan forces he was there to train; Lucas Tomlinson reports for 'Special Report.'

A U.S. service member has been killed and another wounded in an apparent insider attack in Kabul Saturday.

The service member is the 8th American killed in action in Afghanistan this year. it is the 5th insider attack in the past four months against U.S. forces.

Initial reports indicate the attacker was a member of the Afghan National Defense and Security Forces and he was immediately killed by other Afghan forces.

The two U.S. service members were medically evacuated to Bagram Airfield.  The wounded service member is undergoing medical treatment and is in stable condition.

The incident is under investigation.

The name of the deceased service member will be released 24 hours after next of kin notification.