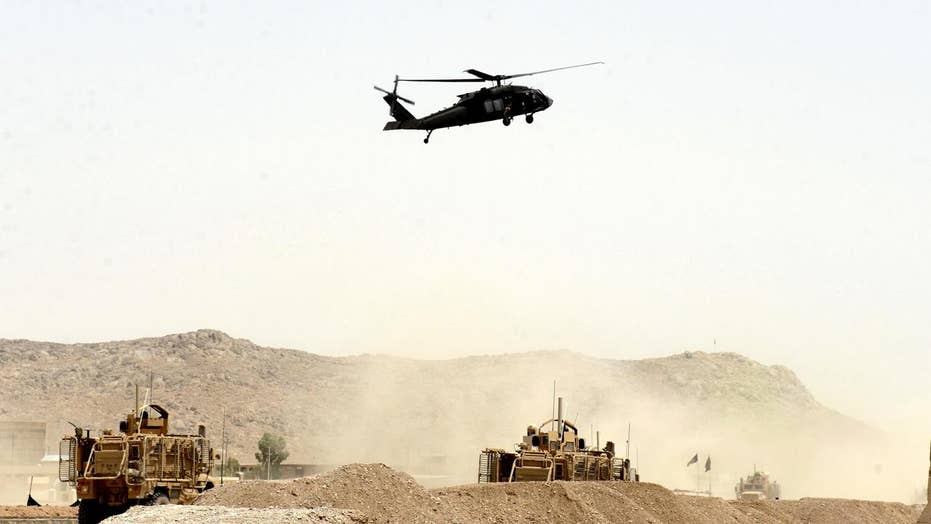 One U.S. service member died fighting an Islamic State affiliate in eastern Afghanistan Wednesday, according to a statement from U.S. Forces Afghanistan.

This is the tenth U.S. service member killed in combat in Afghanistan this year, surpassing the nine killed in 2016.

It comes as President Trump weighs a decision to send up to 4,000 more U.S. troops to Afghanistan in the coming days to roll back Taliban gains. Asked late last week how soon a decision would be made, Defense Secretary Jim Mattis told reporters the Pentagon was “very close.”

HELICOPTER WITH 5 CREW MEMBERS ON BOARD CRASHES OFF HAWAII

A statement from U.S. Forces Afghanistan said the U.S. service member was killed and others wounded during a “partnered” operation with Afghan forces. It was not clear how the death occurred or how the others were wounded.

The Pentagon is currently notifying the families of those killed and wounded before their identities will be released.

Earlier this month, two U.S. service members were killed when their convoy came under attack in Afghanistan's Kandahar Province.

There are more than 8,400 troops currently deployed in the country.

Recently, the Marine Corps bolstered security at a base in Helmand Province by adding dozens of additional Marines.

The combined U.S. and NATO troop contingent currently in Afghanistan is about 13,500.

In early August, two U.S. soldiers were injured when their Black Hawk helicopter made a hard landing in the Achin District.

In April, two U.S. Army Rangers were killed by ISIS fighters in Achin District in Nangarhar, just weeks after the U.S. military dropped the “Mother of all Bombs,” or MOAB, on an ISIS cave complex.