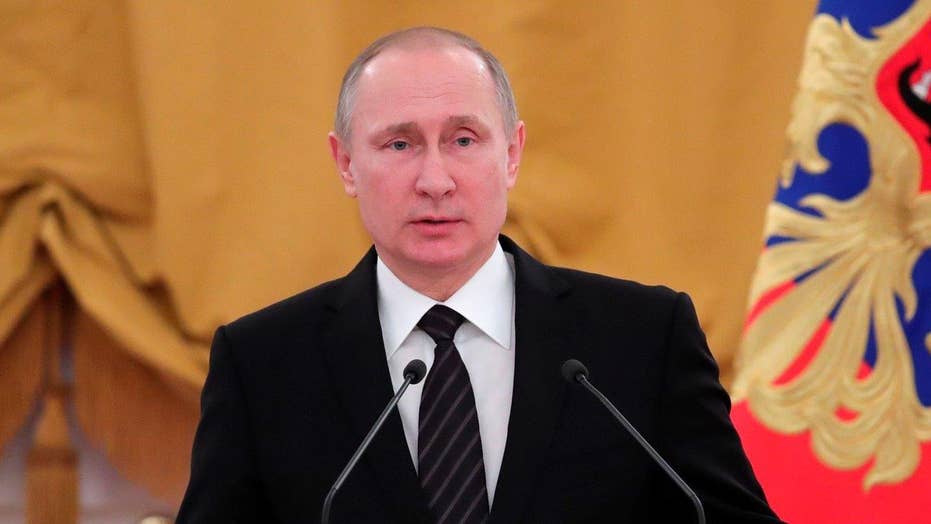 Intel officials are certain about Russia's role in the hack

The witnesses testified to the Senate that the interference was multifaceted, but found no evidence that votes were tampered with; Catherine Herridge goes in-depth for 'Special Report'

One night this past fall, a U.S. radar plane flying a routine pattern over Syria picked up a signal from an incoming Russian fighter jet.

Instead, as the U.S. plane began a wide sweep to the south, the Russian fighter, an advanced Su-35 Flanker, turned north and east across the American plane’s nose, churned up a wave of turbulent air in its path and briefly disrupted its sensitive electronics.

“We assessed that guy to be within one-eighth of a mile—a few hundred feet away—and unaware of it,” said U.S. Air Force Col. Paul Birch, commander of the 380th Expeditionary Operations Group, a unit based in the Persian Gulf.

The skies above Syria are an international incident waiting to happen, according to American pilots. It is an unprecedented situation in which for months U.S. and Russian jets have crowded the same airspace fighting parallel wars, with American pilots bombing Islamic State worried about colliding with Russian pilots bombing rebels trying to overthrow Syrian President Bashar Al-Assad. Russian warplanes, which also attack Islamic State targets, are still flying daily over Syria despite the recent cease-fire in Moscow’s campaign against the anti-Assad forces, according to the U.S. Air Force.

The U.S. and Russian militaries have a year-old air safety agreement, but American pilots still find themselves having close calls with Russian aviators either unaware of the rules of the road, or unable or unwilling to follow them consistently.