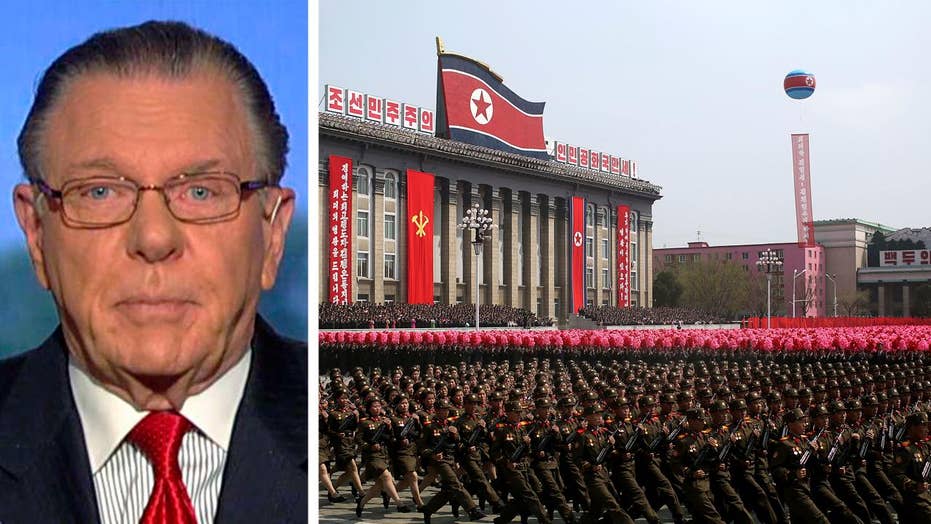 Senior U.S. defense officials say they have seen a greater amount of bomber activity in China hours after North Korea warned Beijing that a nuclear test would be conducted on April 20th.

While the deadline passed without incident, the Chinese military changed the alert status of its bombers as a prudent measure.

U.S. officials with knowledge of the latest intelligence reports say they have not seen an increase in cruise-missile capable bomber flights by the Chinese military, but they suspect the alert status has been increased to shorten the time it takes to scramble the bombers if called upon.

China has been pressuring North Korea not to conduct a nuclear test since President Xi visited President Trump at his Mar-a-Lago Club in Florida earlier this month.

In a sign North Korea might be in a standby and wait mode, North Korean workers at the test site have been seen playing volleyball to pass the time.

38 North, part of the U.S.-Korea Institute at the John’s Hopkins School of International Studies first reported the incident when it released satellite images showing the players at a sand volleyball court at the Punggye-ri nuclear test site.

Over the weekend, North Korea attempted to launch a medium-range ballistic missile from a submarine base on North Korea’s east coast. The KN-17 single-stage, liquid fueled missile is based around an old Scud design, according to U.S. officials who think the missile could one day be used to target ships if the bugs are worked out.

The North Korean KN-17 blew up just four seconds after launch.  Some analysts suspect the United States could have played a role.  The New York Times reported increased Cyber-attacks against the rogue communist regime in 2014, as Pyongyang ramped up its missile testing.

CNN was first to report the change in alert status of the Chinese bombers.

North Korea attempted more than 20 missile tests a year ago. 88 percent of its advanced intermediate-range Musudan ballistic missiles failed after launch but one of the eight tests was deemed successful, according to Pentagon officials. Once fully operational, the Musudan has a range of roughly 2,500 miles, capable of hitting U.S. military forces in Guam.

There are roughly 80,000 American military personnel in South Korea and Japan.