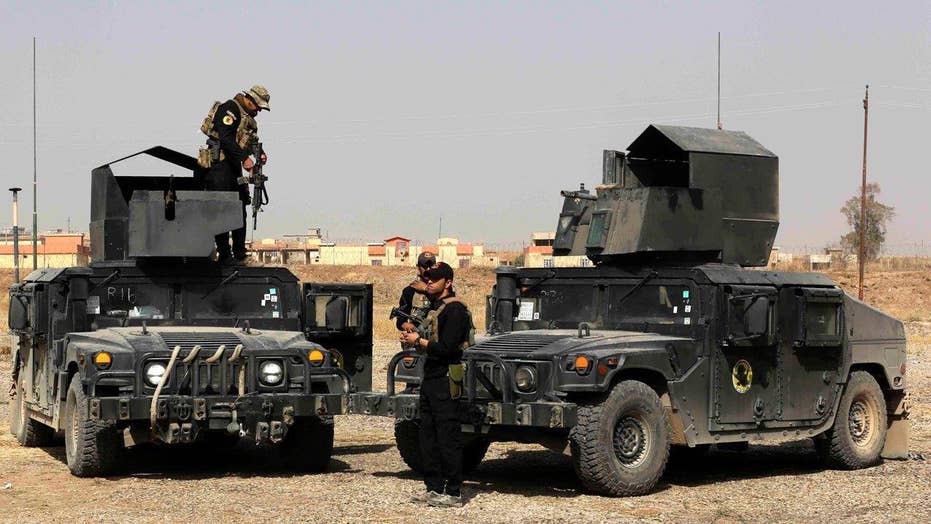 Fears ISIS may use chemical weapons on forces in Mosul

U.S. officials expect the Islamic State to use crude chemical weapons as it tries to defend Mosul from an assault from Iraqi and Kurdish forces, though the terror group’s ability to develop such weapons is limited.

ISIS has used mustard agent on “multiple” occasions against Kurdish Peshmerga forces, officials say, adding that nobody has been seriously hurt or killed so far. The effect has been fairly negligible, U.S. officials tell Fox News.

Mustard agent gives victims symptoms similar to “poison ivy,” according to one official who said ISIS use of the chemical is more like a “weapon of mass disruption.”

The officials said the threat of mustard agent attack is much less concerning than an attack or threat of using mustard gas. They said ISIS has not used mustard gas to date.

One official told Reuters that U.S. forces have gathered ISIS shell fragments to test for chemical weapons. U.S. officials said in a previously undisclosed statement that it had confirmed the presence of a sulfur mustard agent on ISIS munitions on Oct. 5.

"Given ISIL's reprehensible behavior and flagrant disregard for international standards and norms, this event is not surprising," a second U.S. official told Reuters.

Officials don’t believe the Islamic State has been successful in fully developing chemical weapons with lethal effects. Conventional weapons were still the most dangerous threat as Iraqi and Kurdish forces advance.

Meanwhile, as the fight for Mosul ramps up, the U.S. said it believes Islamic State fighters are using civilians as human shields as coalition forces move to the group’s stronghold in Mosul.

Around 700,000 civilians are believed to be living in Mosul. President Barack Obama said there are plans in place for dealing with a potential humanitarian crisis as the offensive wears on.

The U.S.-backed coalition said they have driven Islamic State out of at least 10 villages surrounding the city. Iraqi forces are still believed to be at least 12 miles outside of Mosul.