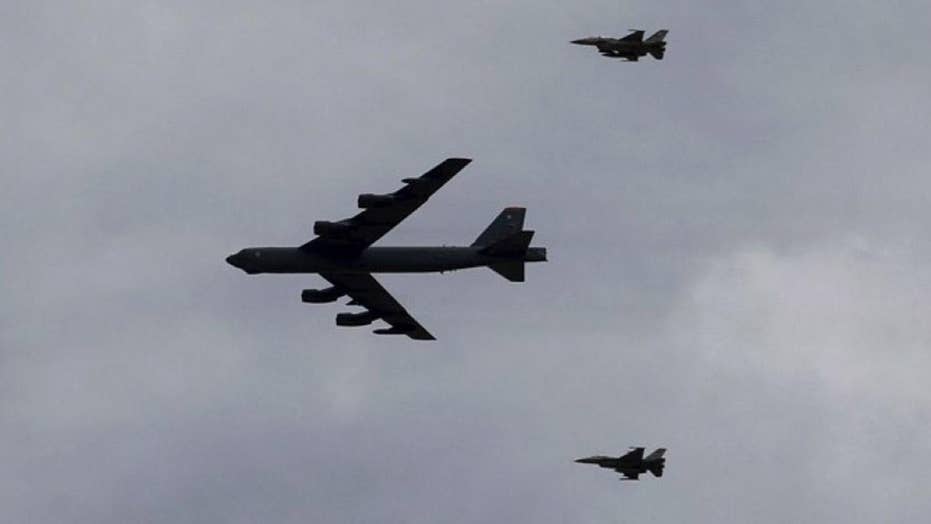 A U.S. Air Force B-52 Stratofortress dropped a record number of precision guided bombs on Taliban over the past 24 hours in Northern Afghanistan, the U.S. Forces-Afghanistan said in a statement Tuesday.

The bombing was part of a 96-hour air campaign that struck training facilities and sources of revenue like narcotics. The strikes also aimed at stolen Afghan National Army vehicles “being converted to vehicle-borne” improvised explosive devices, the statement read.

“The Taliban have nowhere to hide,” Gen. John Nicholson,  the commander of the unit, said. “There will be no safe haven for any terrorist group bent on bringing harm and destruction to this country.” 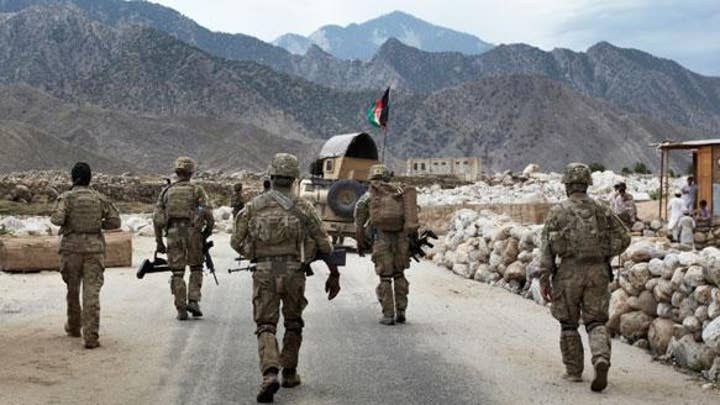 The B-52, which was recently reconfigured with a “conventional rotary,” dropped 24 guided munitions.

The U.S. military is pulling its forces from an American-led coalition base in Iraq and shifting them to Afghanistan following the defeat of Islamic State group militants in the country.

Western contractors at the base say U.S. troops began the drawdown over the past week, with groups of soldiers leaving the base on daily flights. The exact scale of the redeployment was unclear.

According to various estimates, as of 2016, there were more 5,000 U.S. military personnel stationed in Iraq, with nearly 4,000 deployed to support and assist local groups fighting ISIS militants. The remaining personnel included special operations forces, logistics workers and troops on temporary rotations, the BBC reported.