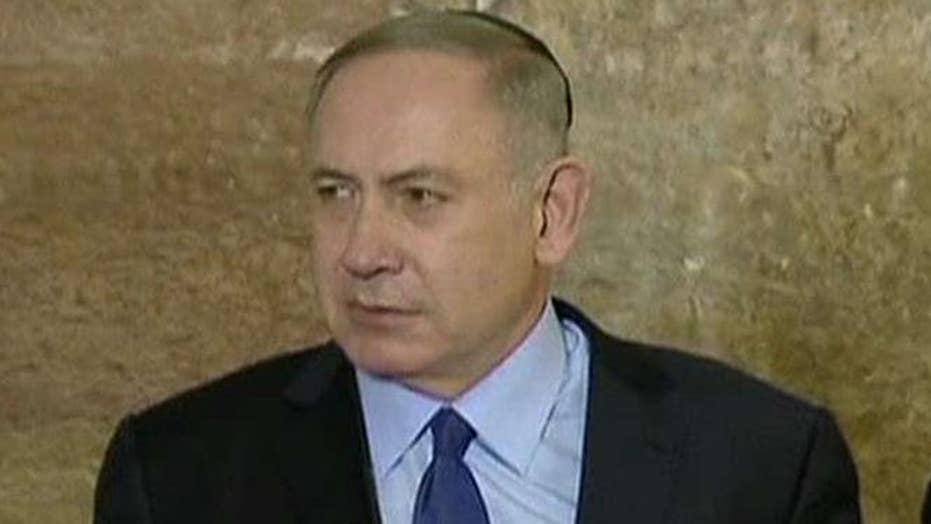 The latest United Nations Security Council vote, which is not just about Israeli settlements but also challenges Israel’s claim to parts of the Old City of Jerusalem among other sites sacred to Jews, Christians and Muslims, is just one of dozens of anti-Israel measures passed by the world body in 2016.

The U.N. General Assembly adopted 20 anti-Israel resolutions this year, while passing just four for the rest of the world – one for North Korea, one for Syria, one for Iran and one for Russia.

PM: The nations of the world respect strong countries that stand up for themselves and do not respect weak countries that bow their heads. pic.twitter.com/Jsz28HSezh

A variety of U.N. agencies singled out Israel for rebuke.

The World Health Organization condemned Israel as the world’s only violator of “mental, physical and environmental health.”

U.N. Women chastised Israel as the world’s only violator of women’s rights making no mention of misogynistic practices in Saudi Arabia, Pakistan, Afghanistan, Iran and other societies oppressing women.

The International Labor Organization condemned Israel as the only violator of labor rights.

UNESCO, which is charged with safeguarding World Heritage sites and history, adopted a resolution condemning Israel for engaging in aggressive actions in East Jerusalem, referring to the holiest site in Judaism, the Temple Mount and Western Wall, solely by Islamic names Haram al-Sharif, Al Aqsa Mosque, and Buraq Wall Plaza, negating thousands of years of Jewish and Christian heritage. The Buraq is the winged horse that, according to Islamic tradition, the Prophet Muhammed rode during the Night of Ascension to heaven.

Israel captured East Jerusalem, including the Old City of Jerusalem, from Jordan in the 1967 Israel-Arab Six-Day War. Israel also captured the West Bank from Jordan, which includes Bethlehem and other Biblical sites.

The United States broke with past practice last week and allowed the Security Council to condemn Israeli settlements in the West Bank and east Jerusalem as a "flagrant violation" of international law.

Israeli Prime Minister Benjamin Netanyahu called the resolution "absurd." A tweet from the prime minister's account Tuesday read: "The nations of the world respect strong countries that stand up for themselves and do not respect weak countries that bow their heads."

"The (resolution) proves that the world rejects the settlements, as they are illegal," President Mahmoud Abbas said early Tuesday in his first public remarks since the U.N. vote.