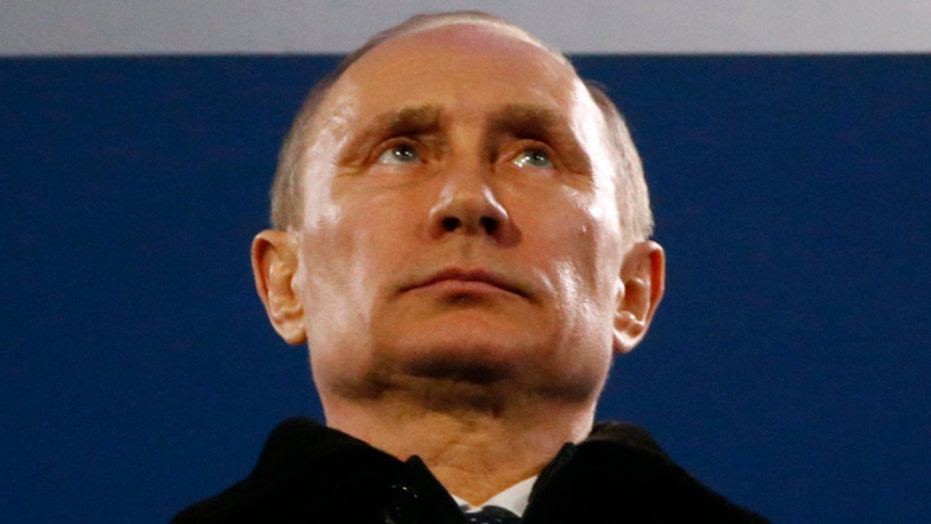 Russia sidelined from G8: Does it matter?

The ship is being moved by the tug boat to a Russian military port facility in the Bay of Donuslav, the Ministry said.

There were reports of explosives set off on the ship and the assault team reportedly went on the ship after firing shots.

This was the last Ukrainian ship left in Crimea.

Earlier Tuesday, the Ukraine defense minister resigned as thousands of troops withdrew from the Crimean Peninsula, now controlled by Russia.

In an address to parliament, Igor Tenyukh said he rejected criticism that he had failed to issue clear instructions to troops, but that he reserved the right to step down. Lawmakers initially refused his resignation, but later accepted it. A majority then voted to appoint Col. Gen. Mikhail Kovalyov as his replacement.

At a news conference with Dutch Prime Minister Mark Rutte Tuesday, President Barack Obama said there's no expectation that Russian forces will be dislodged from Crimea by force.

Obama said Russia's annexation of Crimea isn't a done deal because the international community isn't recognizing it. But he says the fact is Russia's military is in control there.

He also said that the build-up of Russian troops along the Ukrainian border appears to be an attempt to intimidate Ukraine. But he says the troops are on Russian soil and it is Moscow's right to have troops there.

Authorities in Ukraine have come under criticism for their often-hesitant reaction to Russia's annexation of Crimea, which was formalized following a hastily organized referendum this month.

In Crimea, Ukrainian soldiers piled onto buses and began their journey to Ukrainian territory on Tuesday, as a former comrade saluted them from outside a base overrun by Russian forces.

Tenyukh said he had received requests to leave Crimea from about 6,500 soldiers and family members -- meaning about two-thirds of the 18,800 military personnel and relatives stationed there were, so far, taking their chances in the peninsula newly absorbed by Russia.

"4,300 servicemen and 2,200 family members wish to continue serving in Ukraine's armed forces and will be evacuated from the autonomous republic of Crimea," Tenyukh said.

In an apparent effort to consolidate control from Kiev, Ukrainian police forces trying to detain a prominent member of a radical nationalist movement key in recent anti-government demonstrations killed the man after he opened fire, the Interior Ministry said.

Right Sector's Oleksandr Muzychko, better known by his nom de guerre Sashko Bily, had become a recurring figure in Russian attempts to portray Ukraine's interim government as dominated by radical nationalists. Moscow has cited the purported influence of groups like Right Sector to justify the absorption of Crimea.

Officials in Moscow, meanwhile, are warning Kiev that the country's new government may have to pay more for Russian gas, which is the main part of Ukraine's energy mix.

President Vladimir Putin's spokesman Dmitry Peskov said on Tuesday that the gas discount was linked to the lease deal for the Russian Black Sea fleet's presence in Crimea. Now that Crimea is part of Russia and Moscow does not have to pay for the lease, Russia sees "no reason for the discount," Peskov said, quoted by Russian news agencies.

But he added that it is up to gas company Gazprom to set the price for Ukraine.

NATO member Norway suspended joint activities with Russia's military, adding to Western efforts to isolate Moscow over the incursion into Crimea. But Russia has so far shrugged off sanctions, including its effective exclusion from what had been a two-decade-old coalition known as the Group of Eight.