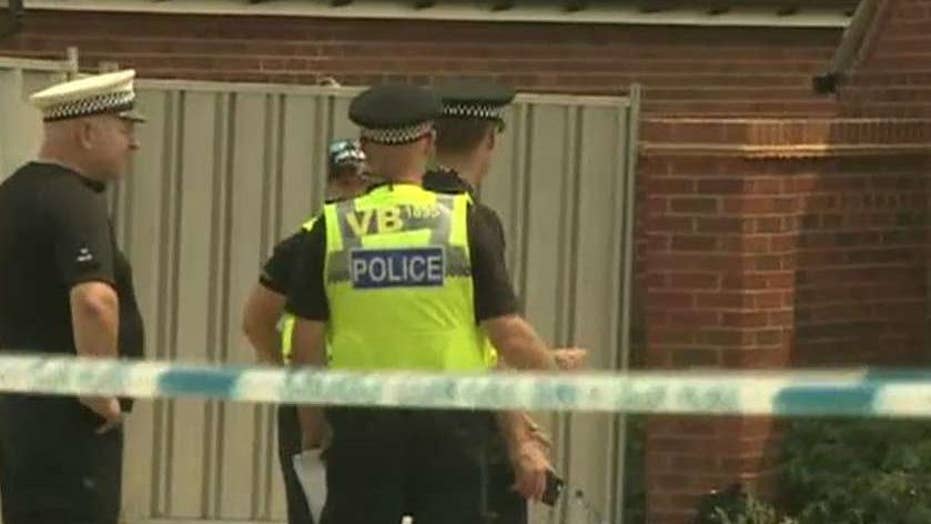 Police officer being tested at hospital for possible contact with nerve agent in the United Kingdom; Kitty Logan reports.

He was later "given the all clear" Saturday, Wiltshire Police said on social media.

The couple, Charley Rowley, 45, and Dawn Sturgess, 44, remain in the hospital in critical condition after being exposed to what officials believe may be the same chemical weapon used in the March attack on a former Russian spy and his daughter.

The officer’s medical issues are “in connection with the ongoing incident in Amesbury,” the hospital said. It did not say what condition the unidentified police officer was being evaluated for or if the officer might have been exposed to Novichok.

The British couple were likely poisoned by Novichok, the same lethal toxin – developed by the Soviet Union – that nearly killed Sergei Skripal and his daughter in March, officials have said. However, Rowley and Sturgess were likely not directly targeted; rather, they were apparently sickened as a byproduct of the previous attack, officials said.

The Skripals spent weeks in critical condition after being attacked in the southwest England city of Salisbury.

Sturgess and Rowley collapsed in Amesbury, a few miles away, last week. They are being cared for at Salisbury District Hospital.

A number of individuals have sought medical attention at the hospital due to health concerns related to the nerve agent poisoning, but none required any treatment, the Salisbury District Hospital spokesperson said.

Indeed, the “risk to the wider public remains low,” the spokesperson said.

British forensic investigators are continuing to search for the source of the lethal nerve agent that sickened the couple. Officials said the search could take weeks or months and has brought more than 100 officers to Salisbury and Amesbury.

Police are looking for a small vial feared to be contaminated with traces of Novichok. Experts say just a few milligrams of the odorless liquid – imagine the weight of a snowflake – is enough to kill a person within minutes.

Certain suspect sites have been cordoned off to protect the public.