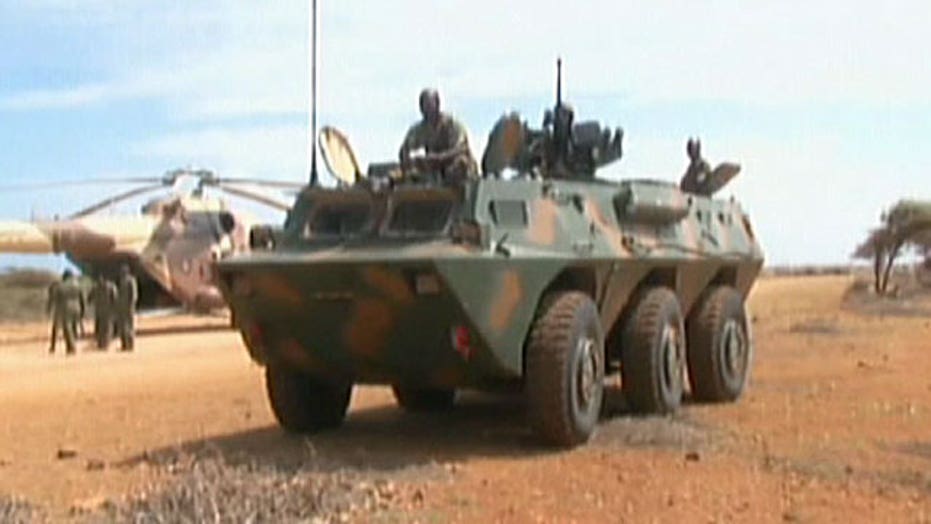 As the United States keeps up its attack against ISIS terrorists in Syria and Iraq, African leaders are trying to figure out the best solution to tackle extremism in their region.

In 2010, al-Shabaab, a Somali-based jihadist group, carried out two terror attacks in the country’s capital, Kampala. The attacks killed 79 people, including one American.

A clear example of this, he points to, are extremists taking advantage of political turmoil in Somalia. “This anarchy created a fertile environment in which al-Shabaab was able to rise and take over the reins of the country.”

The East African country, through the Africa Union, was the first to deploy troops in 2007 to contain and limit al-Shabaab’s power. Currently, an internationally-backed government has limited control but is working to push the terrorists further back.

“One of the most effective ways of stopping and preventing extremism of any nature … is to insure our government standards are transparent and are working well so there is no need for people to resort to terrorists' methods in order to get what they want,” said Rugunda.

Uganda is cooperating with U.S. officials on security threats in East Africa.

“There is close cooperation within the African countries, with many countries having resolved to fight extremism. And Uganda is part of this international coalition,” Rugunda said.

He warns that world leaders must remain on alert. “Terrorism is now affecting not only Uganda or Africa, but the rest of the world.”