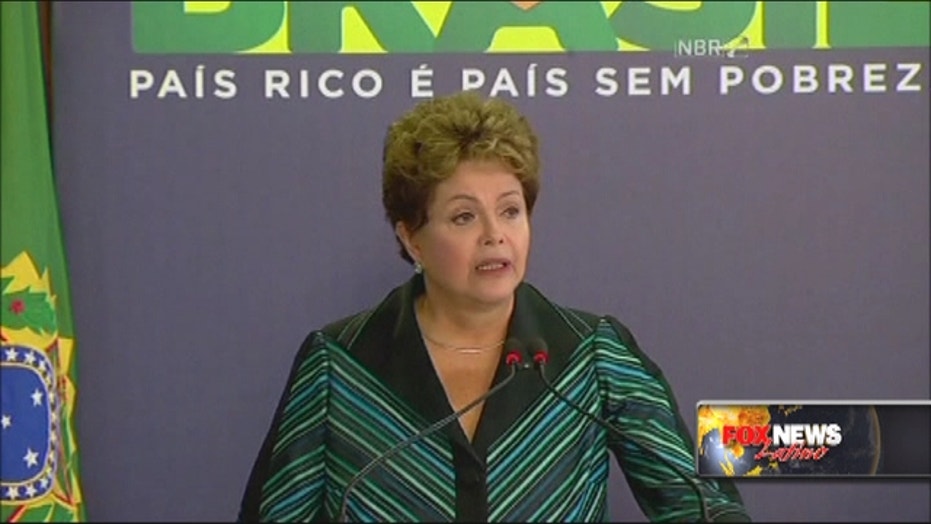 United States military instructors were closely involved in the teaching of torture techniques to more than 300 Brazilian military members, according to a 2,000 page report.

United States military instructors were closely involved in the teaching of torture techniques to more than 300 Brazilian military members,  according to a 2,000 page report.

On the heels of the Senate Intelligence Committee’s CIA torture report, Brazil has released its own National Truth Commission report documenting nearly two decades of human rights violations, including political killings, disappearances and torture under the military dictatorship which ruled from 1964 to 1985.

From 1954 to 1996, the report reads, Brazilian military members attended the United States Army School of the Americas in Panama, where they learned and taught counterinsurgency techniques, intelligence and counter-intelligence training, psychological warfare and interrogation techniques – including torture practices and theories. Brazilian students also received training in North Carolina’s Fort Bragg, where they learned how to assemble and disarm explosives.

In 1984, at the height of Manuel Noriega’s dictatorship, the School of the Americas was forced to move from Panama. It then started running out of Fort Benning, in Georgia, where it still operates today under a new name: Western Hemisphere Institute for Security Cooperation.

The School of the Americas was designed in 1946 as an anti-communist training ground, providing military training to right wing governments. The school has trained tens of thousands, their most infamous graduates being Noriega himself, Argentinian dictators Leopoldo Galtieri and Roberto Eduardo Viola and Vladimiro Montesinos, the mastermind behind Peruvian Dictator Fujimori’s 10-year rule.

“These regimes in Latin America were definitely emboldened,” said Arturo Viscarra, advocacy coordinator for School of the Americas Watch, an organization dedicated to closing down the shady school – even if the name has been changed. “They had the U.S. green light and support with whatever they wanted to do. The prevention of torture of leftists wasn’t going to be high on the U.S. priority list at the time during the Cold War.”

In 1996, the Pentagon released training manuals that were used at the School for years -- they advocated torture, extortion and blackmail as well as torture techniques such as beatings, false imprisonment, electric shock, asphyxiation and the use of “truth serums.”

The Brazilian commission’s report documents 224 killings, 210 disappearances and thousands of acts of torture. It also names 377 people allegedly responsible for the crimes, which the commission says is a result of a “systematic practice” by the military. The list includes top regime figures and those who carried out their orders including four people specifically trained at the School of the Americas, like Brigadier General Helium Ibiapina Lima, who presided over the military police and is considered one of the main people responsible for human rights violations after the 1964 coup in the city of Pernambuco.

Alleged perpetrators like Ibiapina were given amnesty for war crimes and human rights violations thanks to a 1979 law.

The report goes on to say that torture techniques were openly defended by President Ernesto Geisel, who ruled Brazil from 1974 to 1979, and states that during President Juscelino Kubitschek’s administration (1956 to 1961) Brazilian military were also trained in their torture techniques in the UK.

“I think that torture in some cases becomes necessary to obtain confessions,” late President Geisel is quoted as saying in the report. “I do not justify torture, but I recognize that there are circumstances in which the individual is compelled to practice torture for certain confessions, and thus prevent further harm.”

Contains some reporting by the Associated Press.