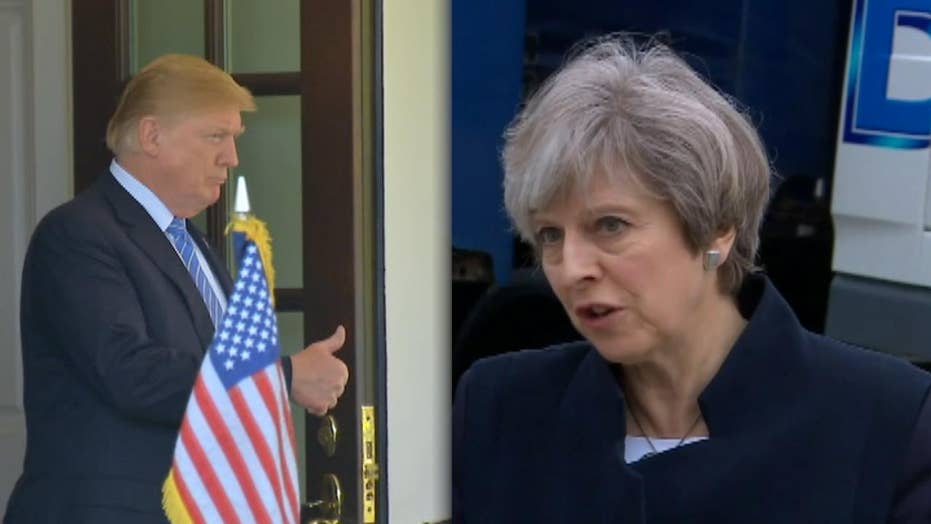 What to know about Donald Trump's visit to the UK, from military parades with Theresa May and meetings with the Queen to protests across London

LONDON – U.S. President Donald Trump's visit to Britain will take him to a palace, a country mansion and a castle — and will mostly avoid London, where noisy protests are planned.

Prime Minister Theresa May's office said Friday that says Trump will arrive July 12 after attending a NATO summit in Brussels. That evening he will attend a black-tie dinner with business leaders at Blenheim Palace, a grand country house near Oxford that was the birthplace of Winston Churchill.

He will be greeted with military pomp, including a welcome by bands of the Irish, Scots and Welsh Guards. The Royal Regiment of Scotland — homeland of the president's mother — will pipe him out at the end of the dinner.

The next day, Trump and May will visit an unspecified defense site before holding talks at Chequers, the prime minister's country retreat 40 miles (65 kms) from the capital. Later Friday the president will travel to Windsor Castle, west of London, for an audience with Queen Elizabeth II.

The itinerary will keep the president away from London on Friday, where protesters plan to march and to fly a blimp depicting Trump as a screaming orange baby over Parliament.

The president will spend Thursday night at U.S. Ambassador Robert "Woody" Johnson's London residence but will otherwise steer clear of the city.

Trump and his wife Melania plan to spend the weekend privately in Scotland, where the president owns two golf courses, before traveling to Helsinki, Finland, for a July 16 summit with Russian President Vladimir Putin.

Trump's trip is classed as an official visit, rather than the full-scale state visit, hosted by the queen, for which May invited Trump soon after his January 2017 inauguration. London and Washington say the state visit is still due to happen at some point.