The most active hurricane season in more than a decade doesn’t seem to be letting up as Tropical Storm Nate roars toward Mexico’s Yucatan Peninsula and threatens to hit the U.S. Gulf Coast, likely as a hurricane, this weekend.

Mississippi followed suit, declaring a state of emergency for six southern counties in advance to the storm's arrival. Officials said Friday they will open 11 evacuation shelters in areas away from the immediate coast, and that buses can transport people who can't drive.

Nate – the 15th system to form in the Atlantic basin – has already claimed 22 lives in Latin America, dumping as much as 6 to 10 inches of rain as it moved over Honduras.

Forecasters said it had maximum sustained winds of 45 mph by Friday morning and is likely to strengthen over the northwestern Caribbean Sea on Friday.

In Louisiana, Gov. John Bel Edwards declared a state of emergency and mobilized 1,300 National Guard troops, with 15 headed to New Orleans to monitor the fragile pumping system there.

With forecasts projecting landfall in southeast Louisiana as a Category 1 hurricane, Edwards urged residents to ready for rainfall, storm surge and severe winds — and to be where they intend to hunker down by "dark on Saturday."

This year’s ferocious hurricane season has already delivered 15 tropical cyclones over the Atlantic with three out of eight hurricanes – Harvey, Irma and Maria – resulting in mass devastation across the Caribbean and southern United States in a 30-day span.

The National Hurricane Center said the month of September was the most active month on record for a measurement called Accumulated Cyclone Energy (ACE). It measures the combined strength and duration of tropical storms and hurricanes. The previous record was set in September 2004.

This September six storms formed, making it about 3.5 times more active than an average September from 1981 to 2010. 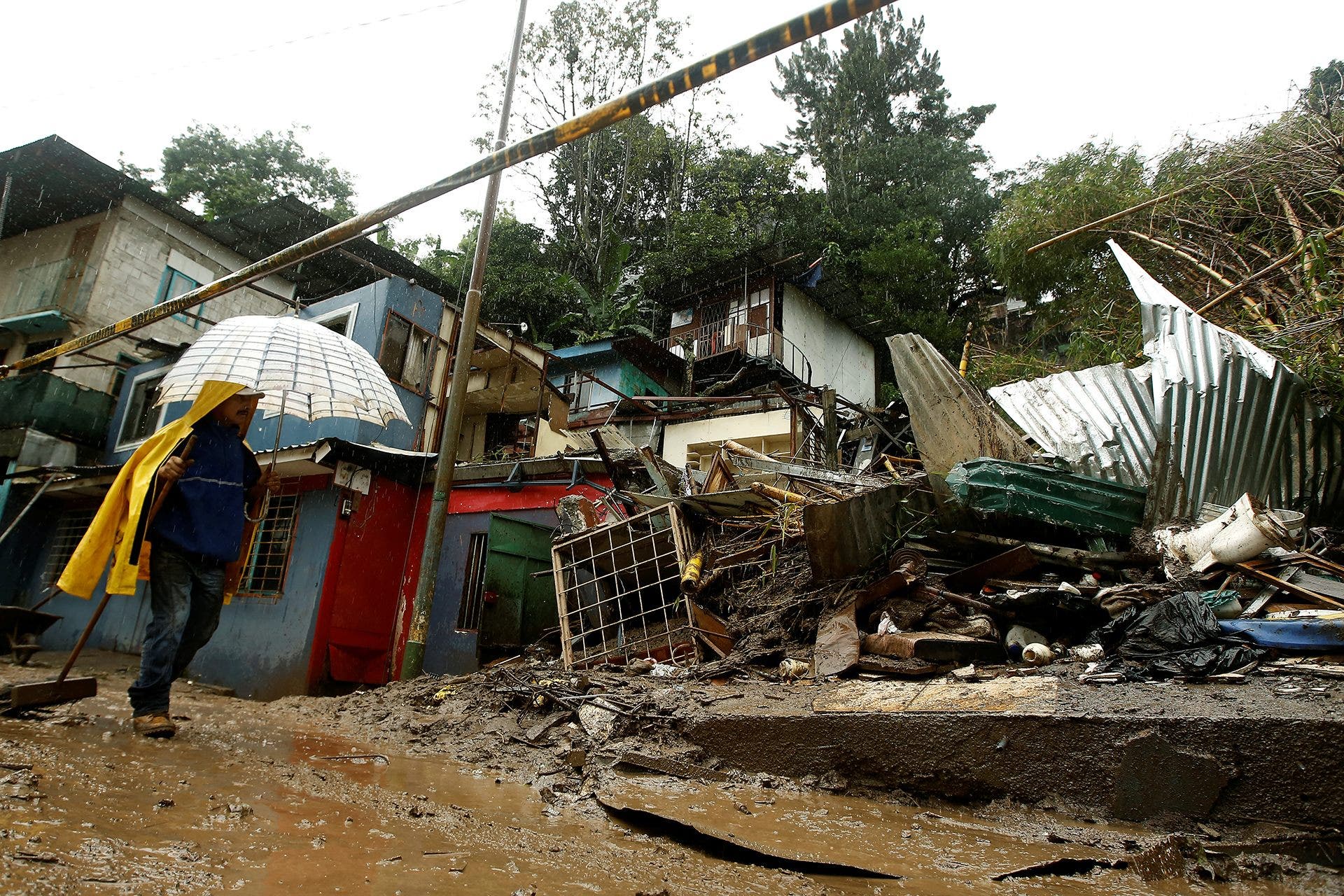 Photos : A season of storms

Hurricane season typically starts June 1 and ends Nov. 30, and on average the Atlantic Basin see two hurricanes by September each year. Since 1950, only 15 storms or hurricanes have hit the Gulf Coast or Florida.

In Nicaragua, Nate's arrival followed two weeks of near-constant rain that had left the ground saturated and rivers swollen. Authorities placed the whole country on alert and warned of flooding and landslides.

Nicaragua's vice president and spokeswoman, Rosario Murillo, said that at least 15 people had died in that country due to the storm. She didn't give details on all the deaths, but said two women and a man who worked for the Health Ministry were swept away by a flooded canal in the central municipality of Juigalpa.

Louisiana's governor says Nate is forecast to move quickly, rather than stall and drop tremendous amounts of rain on the state. State officials hope that means New Orleans won't run into problems with its pumps being unable to handle the water.

Edwards warned, however, against underestimating the storm.

Officials ordered the evacuation of part of coastal St. Bernard Parish east of New Orleans ahead of the storm. Earlier Thursday, a voluntary evacuation was called in the barrier island town of Grand Isle south of New Orleans.

New Orleans officials outlined steps to bolster the city's pump and drainage system. Weaknesses in that system were revealed during summer flash floods.