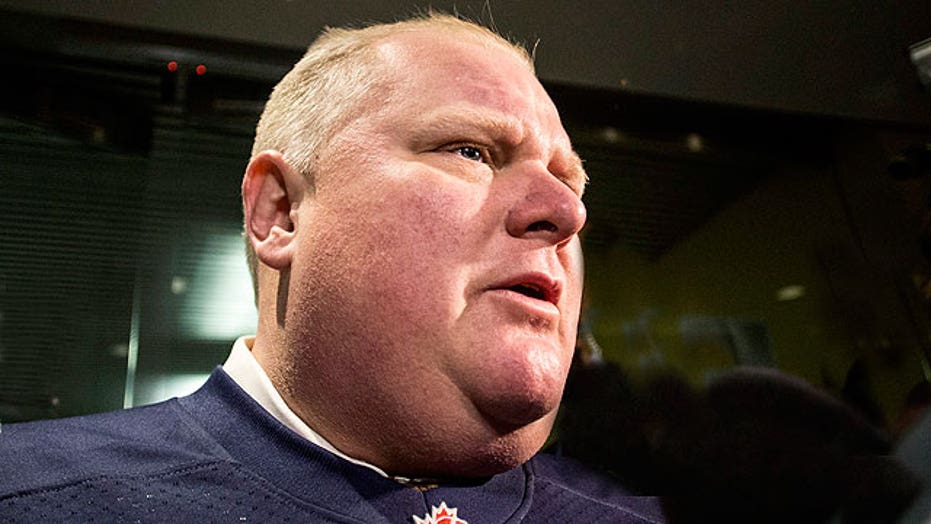 TORONTO – Toronto Mayor Rob Ford vowed Friday to take City Council to court after it voted overwhelmingly to strip him of some of his powers over his admitted drug use, public drinking and increasingly erratic behavior.

Then, in a flash of remorse, the 44-year-old Ford declared: "If I would have had a mayor conducting themselves the way I have, I would have done exactly the same thing."

The motion, approved in a 39-3 vote, suspends Ford's authority to appoint and dismiss the deputy mayor and his executive committee, which runs the budget process. The council also voted to give the deputy mayor authority to handle any civic emergency. The effort is to continue Monday when the council moves to strip the mayor of most of his remaining powers.

The votes capped another frenzied week of twists and turns in a scandal that has consumed Canada's largest city and financial capital for months.

Newly released court documents show the mayor became the subject of a police investigation after news reports surfaced in May that he had been caught on video smoking crack cocaine. In interviews with police, former staffers accused the mayor of frequently drinking, driving while intoxicated and making sexual advances toward a female staffer.

Ford stirred up further controversy and even offended Toronto's football team when he wore a team jersey while making a profanity-laced statement about the allegations Thursday.

Most city councilors are frustrated by Ford's refusal to step aside, but they lack the authority to force him from office unless he is convicted of a crime and jailed.

Ford's mood swings were on full display Friday as he defiantly vowed to fight the motion in court, then conceded he understood why the council took the measures.

"I'm not mad at anybody. I take full responsibility," Ford said.

The mayor, a conservative who touts his efforts to curb public spending and keep taxes low, later made it clear he intends to seek re-election next year.

"Councilors spoke today. The taxpayers of this great city will have their say Oct. 27," Ford told a crush of reporters at City Hall, referring to next year's municipal elections. Nearby, a few hecklers shouted, "Resign! Resign!"

The mayor of North America's fourth-largest city said he didn't care that many council members were laughing at him, noting he won a large mandate in the 2010 election and was laughed at for years as a councilman before being elected mayor.

"They laughed at me for 13 years but fortunately 387,000 people never laughed at me. We'll see what happens" the mayor said.

Ford's lawyer, Dennis Morris, accused the council of attempting an illegal "coup," while his brother and adviser, councilman Doug Ford, called him "the mayor of the people" and said the rights of those who voted for him were being trampled.

Friday's vote came a day after yet another series of antics that outraged city councilors.

"We need to take away his power for the good of the city," said Councilor Denzil Minnan-Wong, a former ally. "The tide has turned and there are very few people that are prepared to defend him given his vulgar comments and his admission that not only does he takes drugs but that he seems to be comfortable drinking and getting behind the wheel."

On Thursday, Ford spouted an obscenity while denying that he pressured a female employee for oral sex, saying on live television that he was "happily married" and using crude language to assert that he enjoys enough oral sex at home.

"If it wasn't for that stupid comment he made yesterday no one would have thought this (the council's action) was appropriate," his attorney Morris told The Associated Press.

"It was a turning point for public sympathy. That type of remark is never ever appropriate in public," the attorney said, adding that the "media have been attacking him like jackals" and Ford "lost it."

Ford announced Thursday that he was seeking medical help, though he declined to provide details. Although the mayor has admitted to excessive drinking and using and buying illegal drugs, he and his family insist he is not an addict and does not need rehab.

Still, even Morris said the recently released court documents show the mayor has a drinking problem. But he also criticized police for allowing Ford to drink and drive while under surveillance over the past six months.

"The problem drug Rob has is alcohol, that's obvious," Morris told the AP. "What I found very strange is that the police allowed a lot of this to go on under their supervision. If he was drinking and driving and he was impaired they should have stopped him."

Ford's troubles began in May when news reports of the crack video surfaced. After months of evading the question, the mayor admitted to having smoked crack when Toronto police announced they had obtained the video. Authorities say the video does not amount to enough evidence to charge the mayor and it has not been released.

Revelations have rapidly surfaced of other startling behavior, including a video showing the mayor threatening to kill someone in an incoherent rant.

It has been a stunning decline for mayor who was elected three years ago with overwhelming support from Toronto's conservative-leaning suburbs, where many voters felt angry about what they considered wasteful spending and elitist politics at City Hall.

John Filion, the councilor who introduced Friday's motion, has said the goal is to prevent Ford from firing executive committee members who speak out against him. A motion to be considered Monday, already signed by 28 of the 44 council members, will take away his budget and appoint the deputy mayor as head of the executive committee.

Earlier this week, the council voted overwhelmingly to ask Ford to take a leave of absence, but the motion was non-binding.