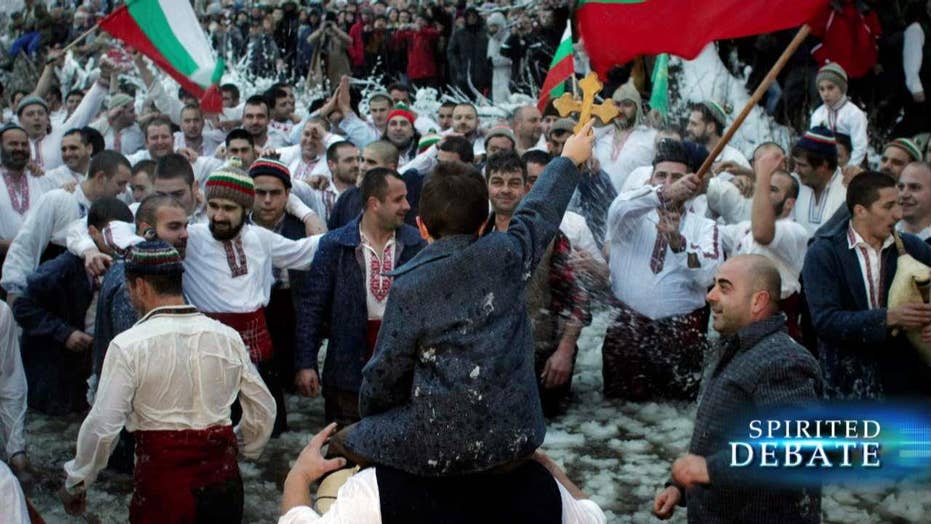 What is the most dangerous country for Christians?

Spirited Debate: David Curry, President & CEO, Open Doors USA discusses the most dangerous places for Christians, and what is happening to them

Thousands of Muslims are turning to Jesus Christ and what they view as the "religion of freedom" amid ongoing bloodshed in the Middle East, reports indicate. Some churches hope that millions of people will accept Christ amid a "spiritual hunger" that is forming in the wake of persecution.

Voice Of the Martyrs Canada, which supports Christian radio broadcasts in the region, told BosNewsLife that despite the mass exodus of Christians from Iraq and Syria due to terrorism, persecution, and war, scores of Muslims are making the decision to embrace Christianity.

"There are thousands upon thousands coming to Christ," VOMC revealed. "We are in regular contact with our FM stations in Iraq and have talked with many people who have family in the Middle East."

"Some of our Middle Eastern broadcasters have shared testimonies [about many turning to Christ] with us, which they hear directly from listeners when visiting there ..."

In Iran, Christian house churches are regularly targeted and shut down by the nation's Islamic government. Despite this persecution, mission group Elam Ministries revealed that Christians have been growing in terms of numbers, and today estimates suggest there are 360,000 believers in Iran – up from only 500 in 1979.

"Church leaders believe that millions can be added to the church in the next few years -- such is the spiritual hunger that exists and the disillusionment with the Islamic regime," Elam Ministries stated.

"If we remain faithful to our calling, our conviction is that it is possible to see the nation transformed within our lifetime. Because Iran is a strategic gateway nation, the growing church in Iran will impact Muslim nations across the Islamic world."