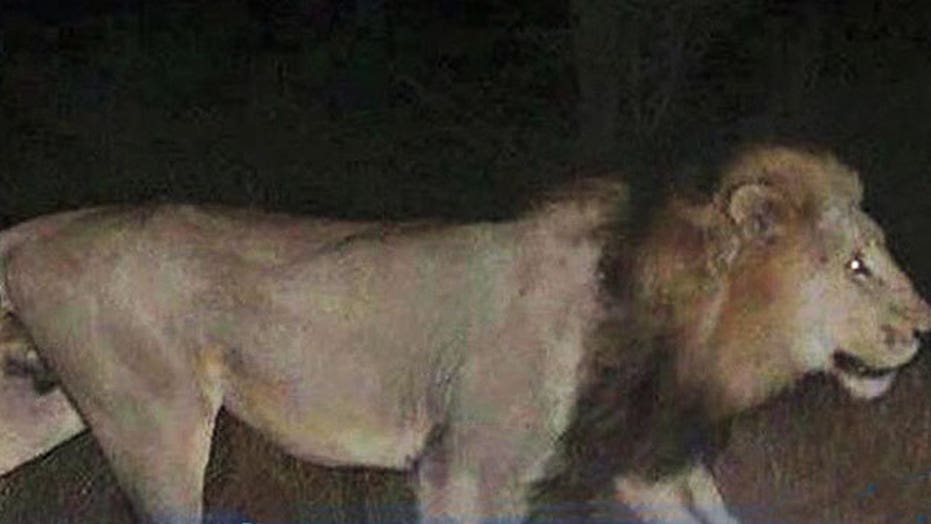 Emergency workers rushed to help victims of a deadly deluge in Tblisi Monday, with the added fear of wild animals still roaming the streets after floodwaters destroyed the city zoo.

The head of the Tbilisi Zoo pleaded Monday with city officials and residents not to kill any wild animals that may still be at large after dozens escaped in the aftermath of Sunday’s devastating flood.

Workers and volunteers struggled to help injured and stranded victims in the Georgian capital Monday after an intense downpour and high winds turned a stream that runs through a section of Tbilisi into a sweeping torrent that destroyed houses, tore up roads and tossed vehicles into heaps of uprooted trees and garbage.

Officials in the ex-Soviet republic said 14 people were confirmed dead. Up to 24 people were reported missing late Sunday but by Monday afternoon, all but 10 of them had been found, Georgian authorities said.

Zoo director Zurab Gurielidze said many of his animals still were unaccounted for in the Georgian capital, where the government declared Monday to be a holiday in order to keep people off the streets. Gurielidze said he had not heard of any official shoot-to-kill order, but was making his plea amid reports of frightened residents arming themselves in case of a wild animal attack.

Among the animals that fled the flooded zoo were lions, tigers, bears, wolves, a hippopotamus and one jaguar. The escaped hippopotamus was cornered in one of the city's main squares and subdued with a tranquilizer gun, Sky News reported. Others were shot by police, while more remain missing.

A crocodile was rescued from the muddy water flowing through the city, and pictures showed a number of dead bears being recovered from the zoo.

It was unclear how many more animals would be found dead once the waters receded and the cleanup was completed at the zoo, or how many were still wandering the hills around Tbilisi.

President Giorgi Margvelashvili has sent his condolences to the families of the victims.

He told local television during a visit to observe the clean-up operation: "The human losses that we have suffered are very hard to tolerate. I express my condolences to all the people who lost their relatives."

A hotline has been set up for residents to tell the emergency services if they spot any of the animals.

The flooding also killed about 60 homeless dogs when the waters inundated a shelter near the zoo, shelter staff said. About 150 of the approximately 500 dogs at the shelter had been saved.

"We dragged them out of their cages, but they tried to go back into the cages because those are their homes," said Nati Mzhavia, one of those who came to the shelter to help the frightened dogs.

Heavy rain early Sunday caused a landslide that blocked what is normally a pleasant stream in the hilly city, but as the floodwaters grew in strength, the fierce torrent broke through. The raging waters swept through the zoo, gouged huge chunks out of roads and swamped numerous houses. The homes of about 40 families were destroyed.

The Georgian government declared Monday a day off from work and school while the search for the missing and the cleanup work went ahead in Tbilisi, a city of 1.1 million people.

A young white lion named Shumba, one of the zoo's most beloved attractions, was found Sunday shot in the head on zoo territory, Gurielidze said.

He demanded an investigation into the shootings of zoo animals. "If a predator attacked a person, then it's understandable, but there are cases that need looking into," Gurielidze said.