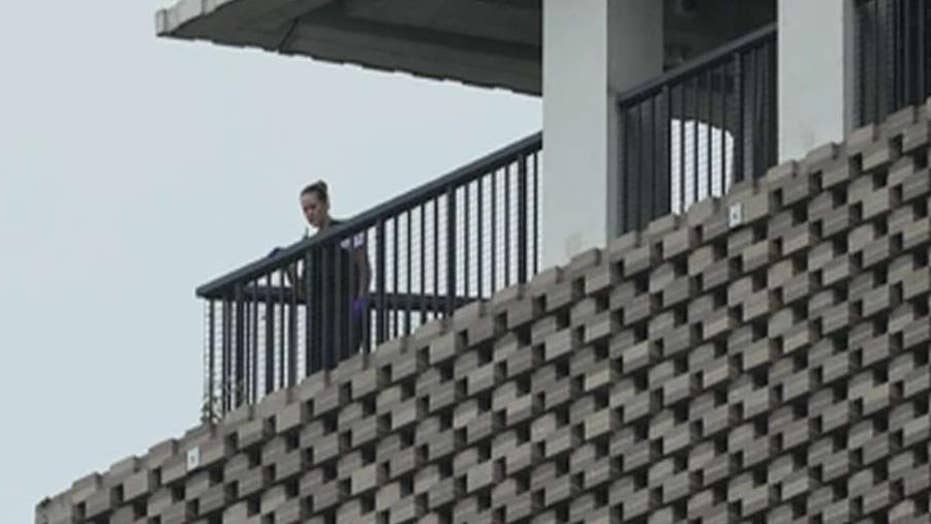 Police say a teenager has been arrested on suspicion of attempted murder.

A six-year-old boy who was thrown from the 10th-floor viewing gallery at London's Tate Modern museum is listed as stable but in critical condition at a hospital as authorities on Monday said they were still searching for a motive in the attack.

The Metropolitan Police said in a news release the 6-year-old boy was thrown from the tenth-floor viewing platform, landing on a fifth-floor roof before he was transported to a hospital by London’s Air Ambulance. As of Monday afternoon, police said the child's condition was critical but stable and his life was no longer in danger. He remains at a hospital with his family, who are French nationals visiting London.

“This was a truly shocking incident, and people will understandably be searching for answers," senior investigating officer DCI John Massey said in a statement.

A 17-year-old male is being held on suspicion of attempted murder over the incident, which happened while the gallery was packed with visitors.

“We are grateful for the support of the public, some of whom detained the male arrested in the immediate aftermath of the incident," Massey said. "He was arrested by officers very quickly afterward."

Nancy Barnfield told the Associated Press she was at the gallery with her family when she heard a "loud bang," and then saw a woman screaming "Where's my son, where's my son?"

Barnfield said a man on the platform was restrained by other visitors until police arrived. She said he "just stood there and was quite calm."

Authorities said they don't believe the suspect and victim knew each other, and the incident was "being treated as an isolated event with no distinct or apparent motive."

UNITED PILOTS ARRESTED, ACCUSED OF INTOXICATION PRIOR TO US-BOUND FLIGHT FROM UK

Massey said Monday that police wanted to speak to anyone who "witnessed a male whose behavior seemed out of place, suspicious or worrying, in the hour or two before the incident in or near the gallery."

London police said a teenager was arrested after a child "fell from height" at the Tate Modern art gallery. (Yui Mok/PA via AP)

Tate Modern, Britain's leading gallery of modern art, sits on the south bank of the River Thames and was visited by almost 6 million people last year. The 10th-floor terrace is part of a pyramid-shaped extension that opened in 2016 and offers panoramic views over London.

The gallery reopened Monday, but the viewing platform remained closed.

"Tate is working closely with the police to help with their investigations," a spokeswoman said. "All our thoughts are with the child and his family."