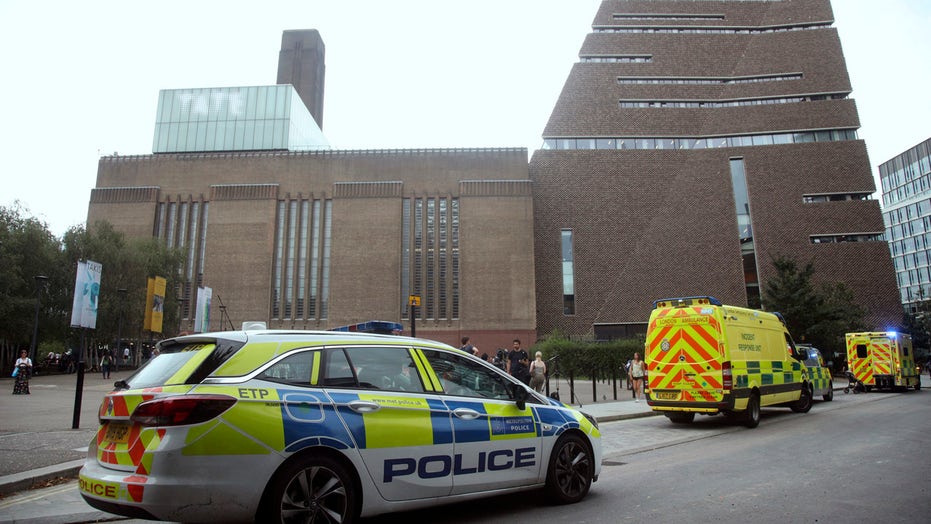 A teenager was arrested on attempted murder charges after a child was thrown from the top platform at the Tate Modern art gallery in London on Sunday, according to officials.

The Metropolitan Police said in a news release the 6-year-old boy was thrown from the tenth-floor viewing platform before he was transported to a hospital by London’s Air Ambulance.

"The 6-year-old victim was found on a fifth floor roof. He was treated at the scene and taken to hospital by London’s Air Ambulance," police said. "The boy’s condition is critical; his family are being supported by police."

UNITED PILOTS ARRESTED, ACCUSED OF INTOXICATION PRIOR TO US-BOUND FLIGHT FROM UK

Police added that a teenager has been arrested in connection with the incident and that officers remain in the vicinity of the Tate Modern.

A 17-year-old male remained with members of the public on the tenth-floor viewing platform, police said.

"There is nothing to suggest that he is known to the victim," police said in a news release. "The teenager was arrested by police officers on suspicion of attempted murder and taken into police custody."

Those at the Tate Modern reported on social media the incident happened on a balcony.

"Someone has apparently fallen from the balcony in the 10th floor of #TateModern. That's why all doors are locked right now and air ambulance arrived," Arn Haller tweeted.

Another person said on Twitter the incident caused the museum to be locked down. Police said visitors to the gallery have since been allowed to leave.

London police said a teenager was arrested after a child "fell from height" at the Tate Modern art gallery. (Yui Mok/PA via AP)

"Trapped inside Tate Modern. Police and air ambulance here," Alex Orton said. "Story from a witness is that a child has fallen (been pushed) from a balcony. Quite terrifying."

An open terrace tops the gallery building. Visitors are allowed to go up there to enjoy panoramic views of London and a rooftop bar.

The Tate said on Twitter that police were investigating an incident, and the gallery will remain closed for the rest of the day.