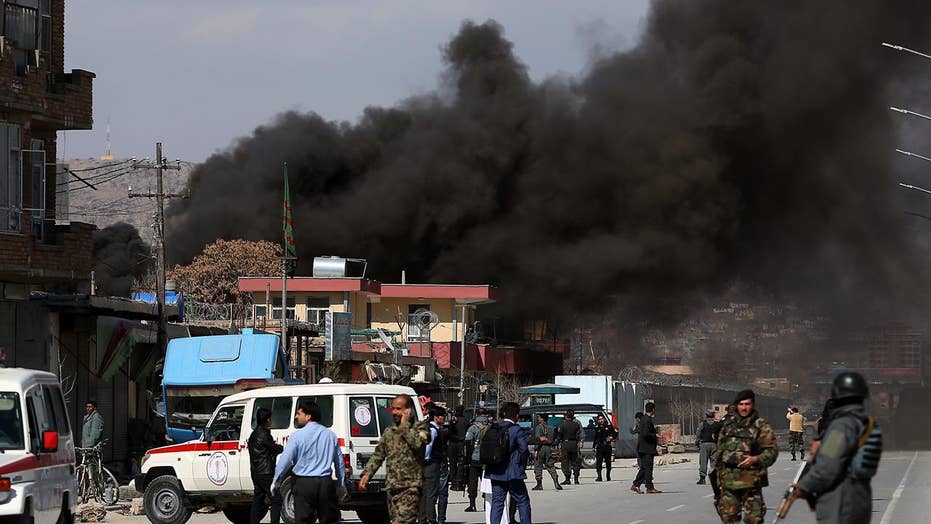 A string of attacks in Afghanistan's capital city killed as many as 16 people Wednesday, officials in Kabul said.

A gunfight reportedly broke out between Afghan security forces and several gunmen in Kabul after one explosion rang out on the western side of the city.

Hours later the gunbattle ended with all the attackers killed, Sadiq Muradi of the Kabul police chief's office said. Security forces were carrying out a clean-up operation following the attack, he added.

Wahid Mujro, the public health ministry spokesman, said 15 people were killed in the police compound and 43 were wounded.

A second attack in the Afghan capital took place in eastern Kabul, when a suicide bomber detonated his explosives outside the offices of the intelligence service. One person was killed and another was wounded in that attack, Mujro said.

The Taliban claimed responsibility for the attacks, saying they had targeted three sites in Kabul, according to Al Jazeera. The militant group said many casualties were to be expected.

President Ashraf Ghani issued a statement condemning the attacks, saying that "terrorists and their alien masters once again tried to create an atmosphere of terror and fear in Kabul."

Kabul suffered a terror attack at the hands of the Islamic State last month. The suicide bombing killed at least 20 people outside the Supreme Court.