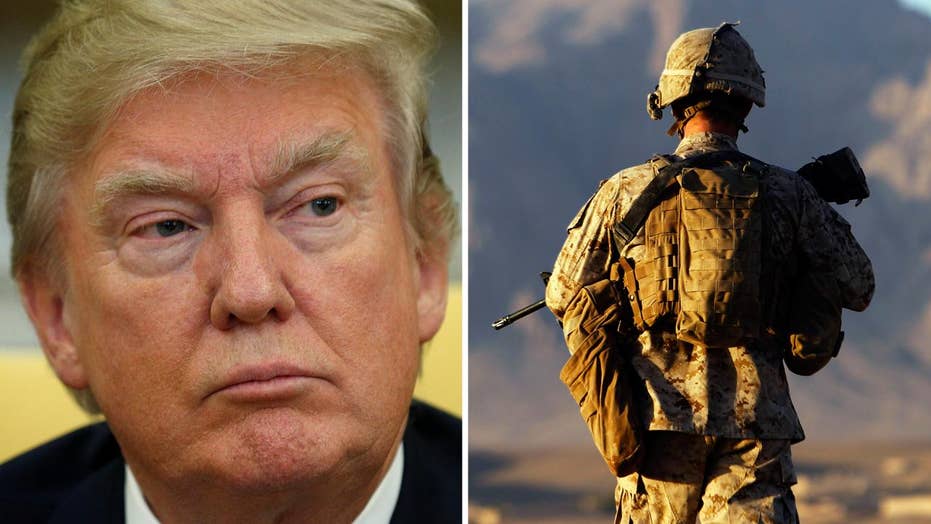 Trump mulls over sending more US troops to Afghanistan

The Taliban initiated the attacks as part of a spring offensive that has inflicted heavy losses on government security forces.

He said some 1,000 Taliban fighters stormed the police outposts along the highway leading to the regional hub of Kandahar.

Situated between the restive Kandahar and Ghazni provinces, the southern Zabul province has seen a surge in violence in recent weeks.

A message on the Taliban’s website claimed that the fighting was continuing.

As the Taliban carried out the Shajoy assault, the neighboring city of Qalat was hit by a barrage of rockets. The militants targeted the police headquarters and the governor’s guesthouse in Qalat.

“Luckily, there are no human losses, but damage has been done to the properties of local people and governmental buildings,” Afghanmal said of the rocket attack.

A Shajoy resident told Fox News that the Taliban struck the police checkpoints Saturday and Sunday.

“We are unable to go outside due to severe fighting and heavy exchange of fire from last two days,” the resident said.

Afghanmal told reporters that six of the 11 districts in the Zabul province were threatened by the Taliban, making for a difficult situation for police. The governor said one district, Khak e Afghan, was under the Taliban’s total control.

"As the holy month of fasting is approaching next week, we are engaged in attacking maximum government installments and foreign troops to close our offensive," a senior Taliban commander from the eastern city of Jalalabad told Fox News Sunday.

"We are trying to gain maximum attacks in spring offensive to dismantle Kabul," the commander said.

Asadullah Kakar told local journalists that Zabul's provincial government of Zabul has been unable to deal with the stepped-up Taliban threat. He said a request had been made to the central government in Kabul for more assistance.

“The Taliban are carrying out multiple attacks, it is difficult for security forces to deal with them,” he said.

Meantime, in a separate wave of violence, a German aid worker and her security guard were killed and a Finnish national was kidnapped in Kabul late Saturday, the Swedish relief organization Operation Mercy reported.

President Trump is weighing a Pentagon request to send 3,000 more troops to Afghanistan to deal with the surge in Taliban violence.

Afghan forces have suffered heavy losses since the start of the year.