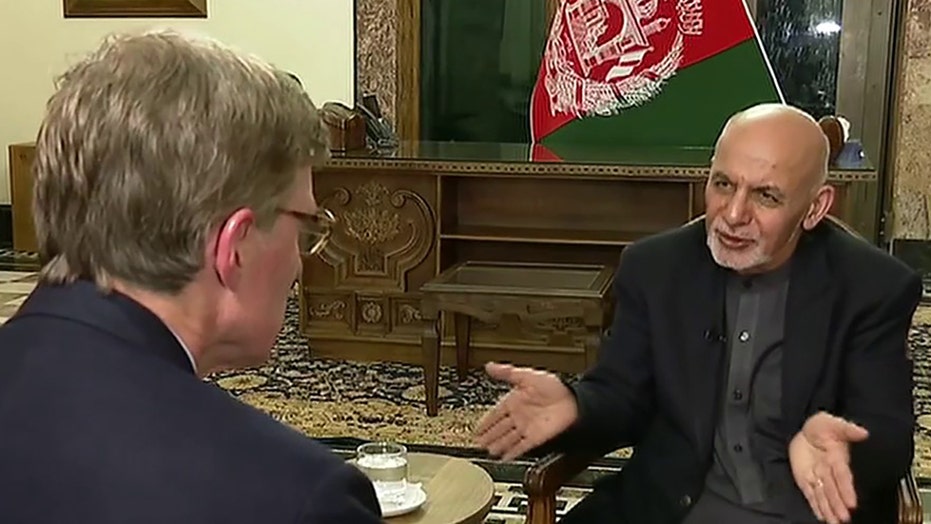 Ghani: Thank you Trump for disrupting the status quo that was destructive

Amid a recent warming of relations, the Taliban and the Afghan government held a “virtual” meeting to discuss prisoner releases on Sunday, according to officials.

The two sides spoke for two hours in a Skype meeting facilitated by the U.S. and Qatar.

Under a Taliban peace agreement signed by the U.S. last month, the Afghan government was to release 5,000 prisoners before intra-Afghan talks began. In exchange, the Taliban would release 1,000 Afghani prisoners.

But, one day after the peace deal was signed, Afghan President Ashraf Ghani rejected the notion of releasing Afghan prisoners as a precondition for peace negotiations. The impasse threatened the historic peace agreement which included the withdrawal of the bulk of foreign forces from Afghanistan after 18 years of fighting.

On March 10, Ghani agreed to release 1,500 prisoners as a precondition to talks with the Taliban -- and an additional 500 prisoners every two weeks after talks began until the number reached 5,000. It was unclear whether the Taliban would accept the deal, as they previously had refused to speak to the Afghan government until all prisoners were released.

"Everyone knows clearly that the threat of Coronavirus makes the release of prisoners urgent," U.S. Special Representative for Afghanistan Reconciliation Zalmay Khalilzad tweeted.

“All sides reaffirmed their firm commitment to reducing violence, inter-Al-Afghani negotiations, and a comprehensive and permanent ceasefire. We also agreed on the next technical meeting in the next couple of days,” Khalilzad added.

“Everyone clearly understands the coronavirus threat makes prisoner releases that much more urgent,” he said. “All sides conveyed their strong commitment to a reduction of violence, intra-Afghan negotiations, and a comprehensive and permanent ceasefire.”

The Taliban’s Doha office spokesman Suhail Shaheen confirmed the meeting on Twitter but stressed it was only about the release of prisoners.

The Afghan government and the Taliban have sparred often over the past few days, including a storming of the Afghan military base on Friday, which investigators blamed on the insurgent group.