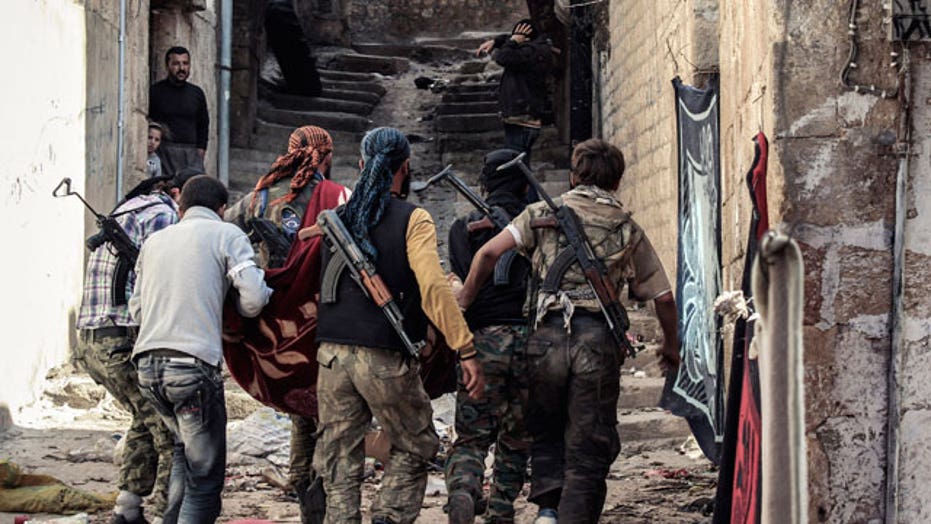 As the Syrian civil war presses on, the minority Christian community in the country is seeing an increase in attacks targeted specifically at them, according to leading clergy officials in Syria.

Fox News National Security Analyst KT McFarland spoke to Rev. Dr. Riad Jarjour and H.E. Bishop Dionysius Jean Kawak. Jarjour is a Presbyterian clergyman from Homs, Syria, which has beared the brunt of attacks between the Assad regime and opposition forces. Kawak is a metropolitan, or high-ranking bishop, for the Syrian Orthodox Church.

Christians make up roughly 10 percent of Syria’s population, according to the C.I.A. factbook.

Kawak says his religious community has come under increasing attack: “At the beginning of the Syrian crisis we didn’t have a real problem against Christians, but nowadays because of the growing radical groups, Christians are being targeted.”

Jarjour says churches in Homs “have been destroyed or burned.” He said the occupation of the town center by militants has displaced 80,000 Christians who live in that Christian quarter.

"When the militants make it difficult for them, they cannot stay," said Jarjour. "Some of them were killed, others had to run away.”

Kawak and Jarjour are hoping current peace talks in Geneva will lead to a deal to end violence in Syria. If not, their future looks grave.

“If the Geneva talks do not end in a peaceful resolution that will end the violence and end the war in Syria, we will witness more plights of the Christians," said Jarjour. "More of them will be internally displaced, [and] more of them will be seeking refuge outside Syria."

At the beginning of the conflict, Kawak said Christians tried to be neutral, but wanted some change in the political system. However, Kawak said they discovered the rebellion was "somehow an Islamic movement," and stepped back.

“Unfortunately the last three, four years … we have been suffering from many problems that have affected us … now are Christian people don’t feel comfortable anymore,” said Jarjour. “We have many places in Syria where radical groups have taken control of and many of the Christians have left … we have now many areas where there are no more Christians.”