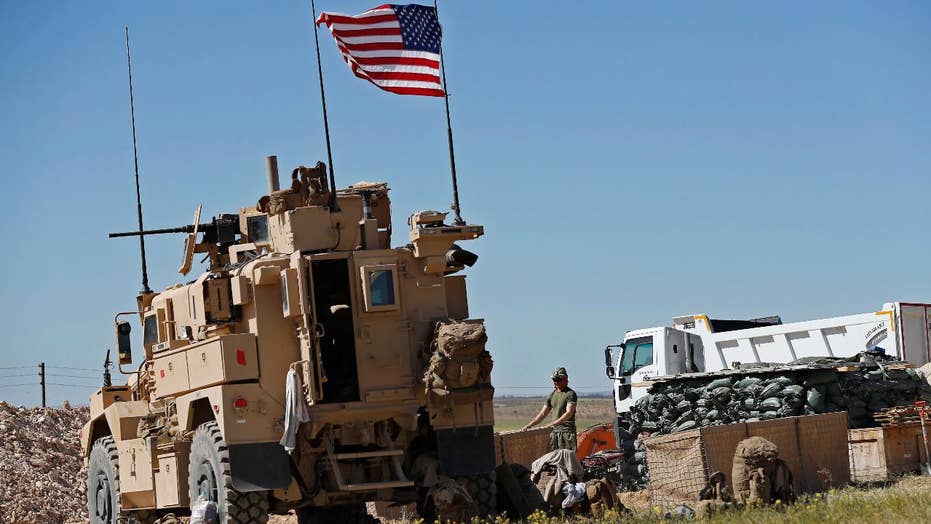 BEIRUT – Syria's military announced Friday it entered the flash-point Kurdish-held town of Manbij and raised the national flag there, where Turkey has threatened an offensive.

A Kurdish official said the government troops arrived only at the front lines.

Ilham Ahmed, the senior Kurdish official, said the U.S. troops who patrol the town and the tense front line with Turkey-backed fighters have not withdrawn from Manbij. She said an agreement is being worked out with the Russians and the Syrian government that in case of a full U.S. withdrawal, the government would take over.

"The aim is to ward off a Turkish offensive," Ahmed said. "If the Turks' excuse is the (Kurdish militia), they will leave their posts to the government."

There was no immediate comment from Turkey or the U.S., whose troops have been patrolling the town and the tense front line between Manbij and adjacent towns where Turkey-backed fighters were based.

A resident of Manbij who spoke to The Associated Press from the town on condition of anonymity said there was no sign of government troops.

Pro-state Syrian TV aired footage from inside Manbij of commercial streets on a rainy day, but didn't show any troops. It aired images of a military convoy driving late at night, reportedly to Manbij.

The Syrian Observatory for Human Rights said Syrian troops have deployed around Manbij on the front line with the Turkey-backed fighters to the west.

The announcement and the conflicting reports reflect that all sides are scrambling to reach an agreement on how to replace U.S. troops following the surprise announcement by President Donald Trump.

The announcement by the Syrian military was quickly welcomed by the Kremlin, whose spokesman Dmitry Peskov called it a "positive step" that could help stabilize the situation.

The Syrian military declaration came shortly after the main Syrian Kurdish militia invited the government to seize control of Manbij to prevent a Turkish attack.

The Syrian Kurdish group, which had partnered with the U.S. since 2014 to fight the Islamic State group, have sought new allies, reaching out to the government and the Russians to protect their Kurdish-administered areas in north Syria.

The Syrian government has said it welcomes the Kurdish group returning under its authority. But government officials have stated they will not consider an autonomous area, a main demand for the Kurds.

Meanwhile, Syrian troops have massed outside of Manbij and in southeastern Syria, where the U.S.-led coalition and Kurdish fighters are battling remnants of IS.

Turkey, which views the Kurdish militia as a terrorist group, had been threatening a military operation against Manbij. Turkey and its allied fighters have been amassing troops around Manbij in recent days.

The threats triggered the U.S. announcement it would withdraw troops from Syria. A timetable for the withdrawal has not yet been made public.