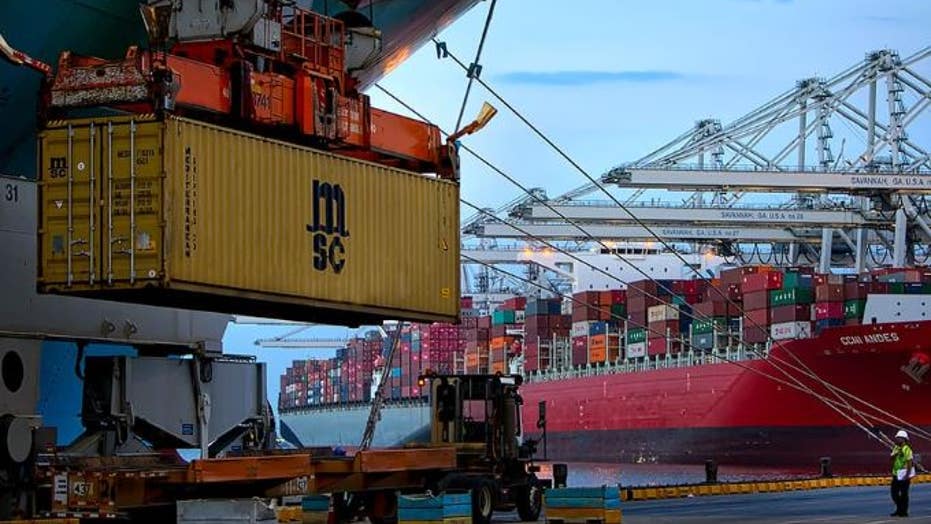 Two suspected drug traffickers who became trapped in a shipping container in Antwerp last Wednesday while trying to take possession of cocaine were forced to call police on themselves because of the extreme heat.

The two suspects – aged 24 and 25 – had the misfortune of getting stuck on one of Belgium’s hottest days on record, with temperatures that day exceeding 104 degrees Fahrenheit, The Telegraph reported.

Police took about two hours to find the container where the suspects were trapped. The two men were reportedly found stripped to the waist and dehydrated from the brutal heat. Authorities threw cold water on them and postponed interrogation because of their unfit condition.

The suspects appeared before an investigating judge on Thursday before their imprisonment, Antwerp’s public prosecutor said in a statement.

In this Monday, Nov. 24, 2014 file photo, a car drives by stacks of cargo containers at the Port of Antwerp, Belgium. Antwerp police announced Thursday, July 25, 2019 thay they have arrested two men who had called authorities to come rescue them from an overheated container in the port, where they had somehow locked themselves in, allegedly looking for drugs. (AP Photo/Virginia Mayo, File)

Gazet van Antwerpen reported that “hundreds of kilograms’ worth of cocaine was discovered in the container.

The port of Antwerp in recent years has become a gateway for illegal drugs smuggled into Western Europe. Last year, authorities seized around nearly $3 billion worth of cocaine at the port, compared with only $405 million in 2014, according to The Guardian.