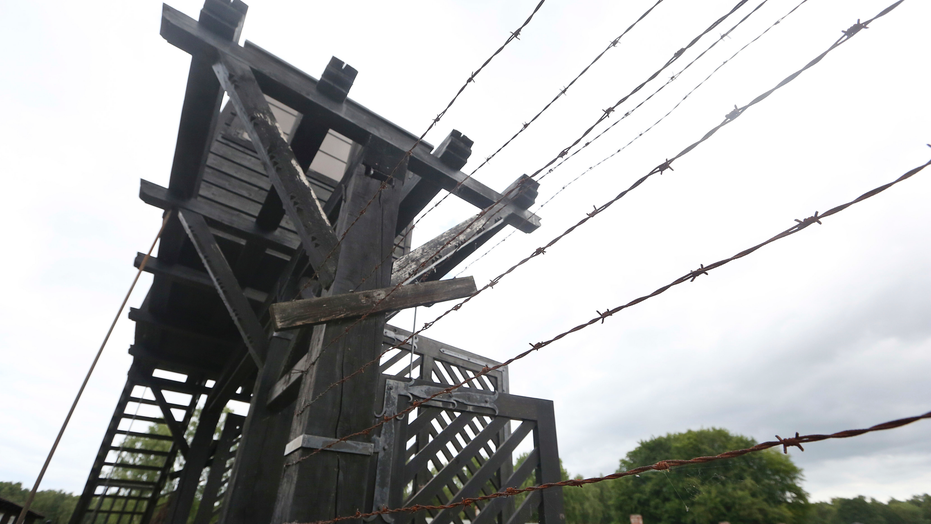 A 92-year-old former SS private will stand trial this fall for 5,230 counts of accessory to murder at a Nazi concentration camp, a German court announced Thursday.

Bruno Dey is charged with being an accessory to murder at the Nazi's Stutthof concentration camp when he served as a guard for nine months, from August 1944 to April 1945.

Prosecutors say Dey helped prevent prisoners from escaping and was aware that people were being murdered, the Associated Press reported Thursday. Dey has not denied that he served at Stutthof, prosecutors said.

FORMER SS GUARD TESTIFIES HE WAS AWARE OF CAMP CONDITIONS

"Surveillance was necessary for the concentration camp to function, and the camp was made to kill people," said Kai Wantzen, a state court spokesman in Hamburg.

Despite being in his 90s, Dey will be tried in juvenile court, as he was 17 and 18 years old at the time of the war. While he has been deemed fit for trial, sessions will last no longer than two hours and will take place only twice a week, Wantzen said.

If convicted, Dey faces anywhere from six months up to 10 years in prison.

In April, the prosecution called Dey "a small wheel in the machinery of murder," the AP reported.

Dey was charged in April with the "malicious and cruel" killings of Stutthof prisoners, Israel National News reported Thursday.

EX-SS GUARD CHARGED WITH 5,230 COUNTS OF ACCESSORY TO MURDER

The organization's director says making these documents as accessible as possible is critical with so few Holocaust survivors still living; Laura Ingle reports from New York.

He has told a German newspaper, "What good would it have done for me to leave? They’d just have found somebody else. I felt bad for the people there. I didn’t know why they were there. I knew that they were Jews who had committed no crime," as reported by Israel National news.

Dey has told prosecutors he was not a Nazi sympathizer and joined the SS because he had a heart deformity that prevented him from serving in a traditional military unit.

The Stutthof concentration camp was located in what is now modern-day Poland, and approximately 65,000 people were killed there. Methods included a gas chamber, lethal injections, starvation and forcing prisoners outside to die of exposure to harsh weather conditions.

Dey is not the first former SS guard to be brought to trial, but he is one of the youngest.

In November 2018, 94-year-old Johann Rehbogen went on trial, but it was suspended after he collapsed and was hospitalized.

GERMAN COURT: TRIAL OF NAZI GUARD UNLIKELY TO BE RESTARTED

Later, a 97-year-old unnamed guard was deemed too ill to stand trial.