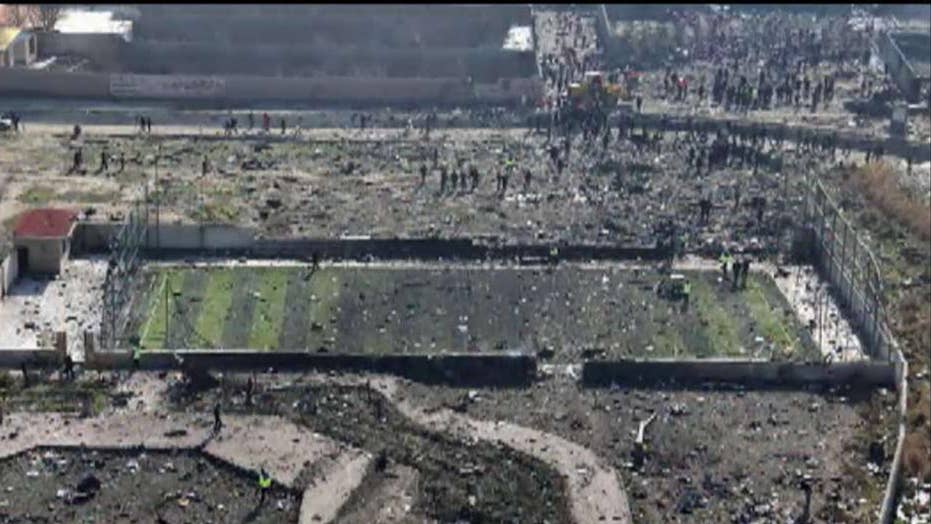 A Southern California doctoral student and her mother and sister were reportedly among the 176 people killed when a Ukrainian passenger jet crashed in Iran early Wednesday morning.

Sara Saadat, 23, who was studying at Alliant International University in San Diego, was visiting family in Iran with her sister Saba Saadat, 21, and their mother Shekoufeh Choupannejad, when their plane went down minutes after leaving Tehran's international airport bound for Kiev, Ukraine, according to The San Diego Union-Tribune.

Saadat's sister and mother both lived in Edmonton, Alberta, Canada.

Saba was a student at the University of Alberta and Choupannejad was a physician.

Iran admitted Saturday it shot down the plane in “error” just hours after the country fired ballistic missiles at U.S. and collation forces in Iraq in retaliation for a U.S. strike that killed a top Iranian general several days before.

The California school issued a statement Friday after learning of Sara Saadat's death.

“We extend our deepest sympathies to family and friends of Sara Saadat,” the Alliant statement said, according to the Union-Tribune. “We know that the entire Alliant community is affected when tragedy strikes any one of us, and we are here to provide support during these trying times.”

The school plans to hold a memorial service.

Ghods-Esfahani told the CBC their family had left Iran seven years ago to live in Canada.

“Given the tragedy of the situation, I take some comfort from the fact that, in that last moment, the three of them were together,” he said, according to the Union-Tribune.