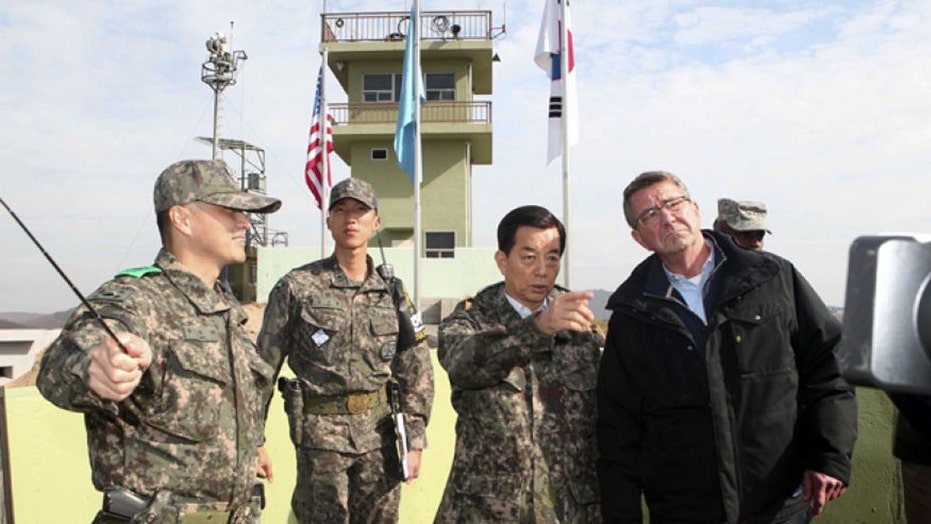 US, South Korea pledge to ramp up defense

Park Geun-hye said in written answers to questions submitted by local and international news agencies that "there is no reason not to hold an inter-Korean summit if a breakthrough comes in solving the North Korean nuclear issue."

"It will be possible only when the North comes forward for a proactive and sincere dialogue. What counts most is North Korea's sincerity and determination to act on its words," she wrote.

The rival Koreas have had some highpoints during Park's term, including high-level talks and reunions of some families separated by the Korean War. But there has also been high tension, including threats of war and regular sexist screeds against Park from North Korea.

North Korea is believed to have a handful of nuclear bombs and to be pursuing nuclear-armed missiles that could hit the U.S. mainland. International talks aimed at ridding North Korea of its nuclear weapons were last held in late 2008.