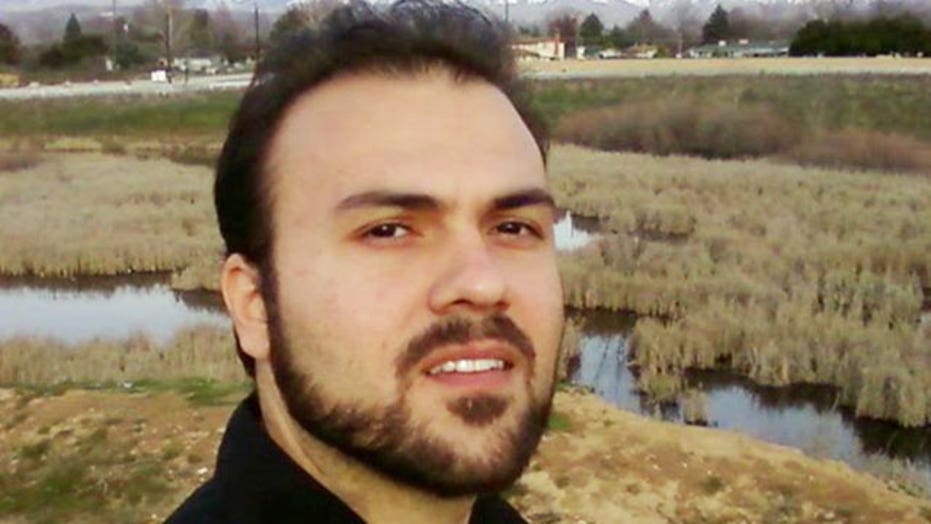 'Significant setback' in fight to release US pastor in Iran

Saeed Abedini beaten in hospital and taken back to dangerous prison

The American citizen being held in Iran for alleged crimes related to his faith and work as a Christian pastor was yanked from a hospital bed, beaten and taken back to one of the Islamic Republic's infamous prisons, his family charges.

Pastor Saeed Abedini had spent the past two months in a hospital for injuries allegedly suffered at the hands of guards and inmates in Iran’s Evin and Rajai Shahr prisons when he was once again beaten and hauled back to prison, according to family members who say they witnessed the beating.

"This news is devastating to our family,” his wife, Naghmeh Abedini, told FoxNews.com. “This development also came as a complete shock to all of us. Saeed's family, who was present at the hospital when this occurred, witnessed the severe beatings that Saeed received - at one point seeing him collapse before being taken away. We're very concerned about his health."

In March, when Abedini was transferred to a private hospital in Iran, where he was told he would receive further tests for his worsening medical condition as well as surgery for the chronic stomach pain suffered as a result of repeated beatings. But soon after being admitted, he was shackled and beaten by guards, according to family members. He was also denied medical treatment and was not allowed to see family members initially, they said.

It was not immediately clear why Abedini was suddenly transferred back to Rajai Shahr.

"It is a very disturbing development that underscores what we have known from the very beginning - there is much upheaval and uncertainty in Iran,” Jordan Sekulow, executive director of the American Center for Law and Justice, which also represents Abedini’s family, told FoxNews.com. “We've been hopeful since Pastor Saeed has spent the last two months in the hospital, instead of a prison cell. But this unexpected move raises great concern.”

Abedini had often made trips back to his native country of Iran to see his parents and extended family. Before leaving for America, he spent many years in the Islamic country as a Christian leader and community organizer developing underground home church communities for converts.

It was in September 2012, while in his homeland to held build a secular orphanage, that he was pulled off a bus by authorities, imprisoned and sent before a judge in what supporters say was a sham trial.

“Despite this troubling news, we continue to move forward with our efforts in this country and abroad to work to secure his freedom, Sekulow said.

“Pastor Saeed is an American citizen who is being punished because he's a Christian. That was unacceptable when he was taken into custody nearly two years ago, and it is unacceptable today."