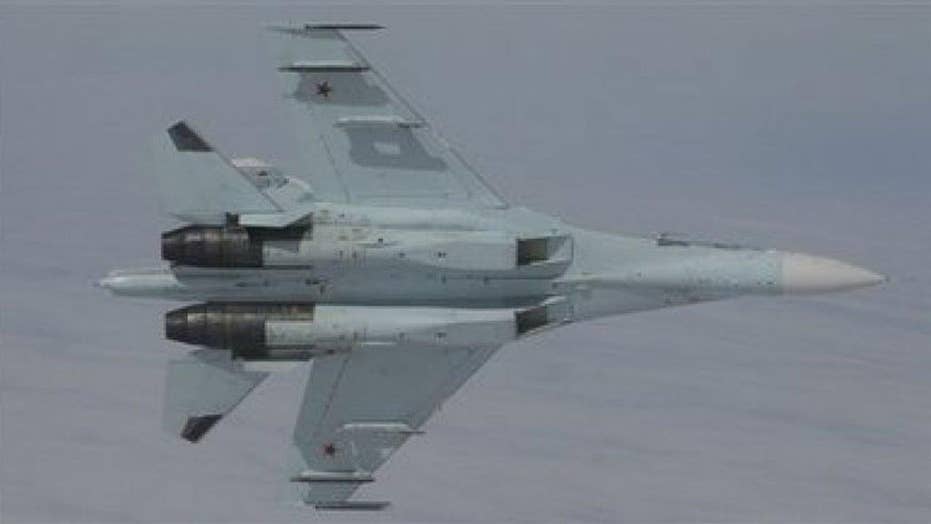 Russia has stepped up its military maneuvers to a level unseen since the height of the Cold War, according to a new report released by NATO Thursday.

Jens Stoltenberg, the alliance's secretary general and author of the report, noted that Moscow has conducted at least 18 large-scale exercises over the past three years, "some of which have involved more than 100,000 troops."

Those exercises included several simulated nuclear attacks against NATO allies and partner nations, such as Sweden in March 2013.

The report was released two days after the Obama administration proposed spending $3.4 billion on its troops and training in Europe as a direct result of Russia's recent action in the regions, including the 2014 annexation of Crimea from Ukraine.

"We haven't had to worry about this for 25 years, and while I wish it were otherwise, now we do," said Defense Secretary Ash Carter Tuesday.

Moscow's military adventurism has raised fears among other NATO members, most notable Poland and the Baltic states of Estonia, Latvia and Lithuania, that they could be next. The Pentagon has already increased the pace of troop rotations in and out of Europe, providing training and other advice and assistance to the region.

In Tallinn, Estonia, last June, Carter stood with his Baltic counterparts and announced that the U.S. would spread 250 tanks, armored vehicles and other military equipment across six of the former Soviet bloc nations.

And he promised NATO that the U.S. would contribute weapons, aircraft and forces, including commandos, for the alliance's new rapid reaction force.

Despite such measures, a recent analysis by the RAND Corporation released earlier this week suggested that Russian tanks could overrun NATO's current forces in the Baltic states and be in their respective capitals within 60 hours.

Signs of Russia's military buildup are also present at sea. British Royal Navy Vice Adm. Clive Johnstone, told the defense analysis group IHS Janes that NATO has observed "a level of Russian capability that we haven’t seen before," according to The Washington Post.