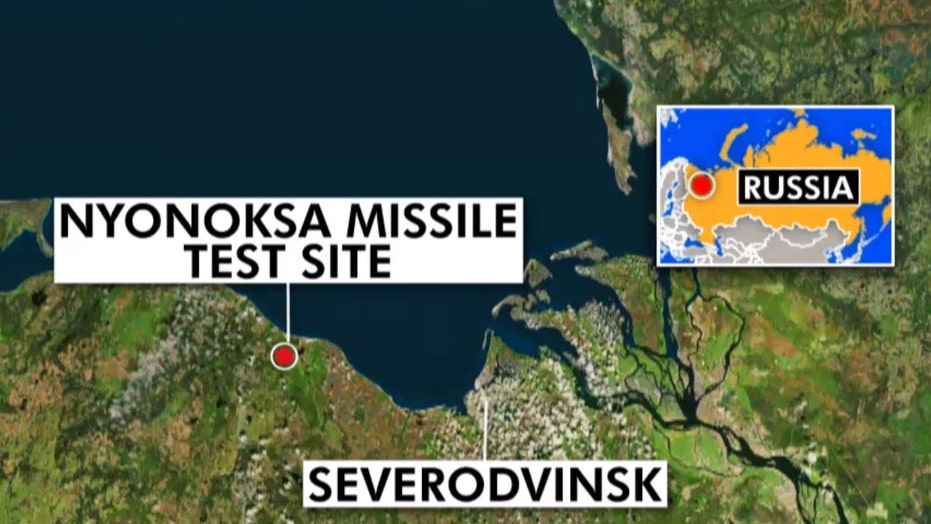 Officials in Russia on Thursday accused the U.S. of regularly attempting to send diplomats into restricted areas the day after it was revealed three Americans were detained trying to enter an area where a mysterious explosion at a navy range caused a spike in radiation levels.

The three U.S. diplomats were removed from a train when it arrived in Severodvinsk on Monday. The U.S. State Department confirmed to Fox News the diplomats were taken off the train and were in the country on official travel after properly filing travel plans with the Russian Defense Ministry.

“The American diplomats were on official travel and had properly notified Russian authorities of their travel," a State Department spokesperson told Fox News.

At a briefing on Thursday, Russian Foreign Ministry spokeswoman Maria Zakharova said the Americans, described as military diplomats, were not held in custody after they were stopped.

Three U.S. diplomats were removed from a train and detained Monday after arriving in the city of Severodvinsk, located near a secret military testing site where a deadly explosion and radiation leak took place in August. (Bing/Fox News)

Zakharova added that Americans had received permission to travel to the city of Arkhangelsk, but instead went to Severodvinsk, 20 miles to the west, where they boarded a commuter train to a community near the naval range. Police informed them they were "in a zone of restricted visitation," she said.

"We’re ready to give the American embassy a map of Russia," the foreign ministry told the broadcaster.

Zakharova later claimed that U.S. diplomats regularly tried to get into restricted military areas after Russian officials said they would issue a formal note of protest to American counterparts.

The diplomats’ offense would usually be punishable by deportation, but the foreign ministry was quoted by Russian media as saying that Moscow was unlikely to escalate the incident in that way.

“They have immunity so I think there will just be further proceedings to establish how this was possible,” Yevgeny Ivanov, a deputy foreign minister, was quoted as saying by the TASS news agency, according to Reuters.

The port city of Severodvinsk where the group was detained is located near the military shooting range in Nyonoksa, in the country's far northern Arkhangelsk region.

On Aug. 8, two servicemen and five nuclear workers were killed during a rocket engine test near the White Sea in an area considered part of the testing range. Russia's Defense Ministry initially said the blast killed two people and injured six, but the state-controlled nuclear agency, Rosatom, later disclosed that the explosion killed five of its workers and injured three others. Rosatom said the explosion occurred while engineers were testing "a nuclear isotope power source" for a rocket and were thrown into the sea by the explosion.

The mysterious explosion was followed by a brief rise in radiation levels in nearby Severodvinsk, but the authorities insisted the recorded levels didn't pose any danger to local residents. Russia's state weather agency, Rosgidromet, said it believed radiation levels had risen up to 16 times after the accident when a cloud of radioactive gases drifted across the area in the wake of the blast.

President Vladimir Putin has praised the victims of the disaster, saying they were doing "very important work for the nation's security," but kept quiet on what type of weapon they were testing. U.S. defense officials and outside observers believe it was a missile Russia calls the 9M730 Burevestnik. The NATO alliance has designated it the SSC-X-9 Skyfall, which was first revealed by Putin in March 2018 along with other doomsday weapons.