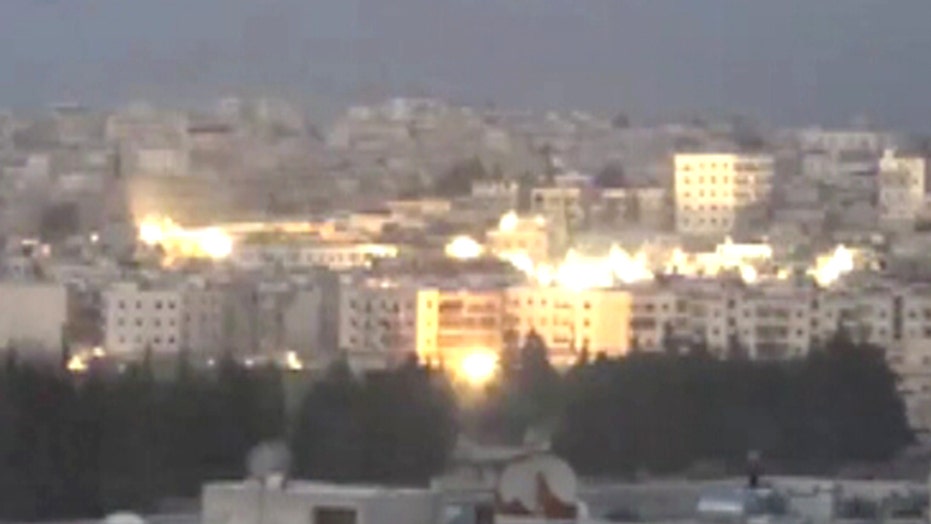 Amnesty International has told Sky News that Russia is guilty of some the most "egregious" war crimes it has seen in decades.

The human rights organization claims Moscow's warplanes have been deliberately targeting civilians and rescue workers in Syria over the last week.

She claimed the bombing of civilian targets by Russian and Syrian forces was in itself a war crime, but warned there have been consistent reports of additional bombardments which injure and kill humanitarian workers and civilians attempting to evacuate the wounded and the dead.

The Kremlin denies it has been hitting civilian areas and insists it is dropping bombs only on terrorist targets.

However, evidence obtained by Sky News suggests that this is not the case.

Footage filmed in Aleppo five days ago shows the graphic aftermath of what's claimed to be a Russian airstrike.

The video is harrowing. In it, the body of a five-month-old baby called Omar can be seen being pulled from the rubble.

His twin brother, sister and mother were also killed in the attack on a residential building in eastern Aleppo.

It is an area which is currently held by the moderate Free Syrian Army.

Rescue workers claim the assaults are happening every day, and that civilian areas are being hit by cluster and thermobaric bombs.

With the cease-fire non-existent, the refugee camps inside Syria and on Turkey's borders are growing every day.

More than half of Syria's population are now displaced - that's 11 million people forced from their homes by conflict.

And as conditions inside the camps are basic, many more people will soon start making the journey to Europe.