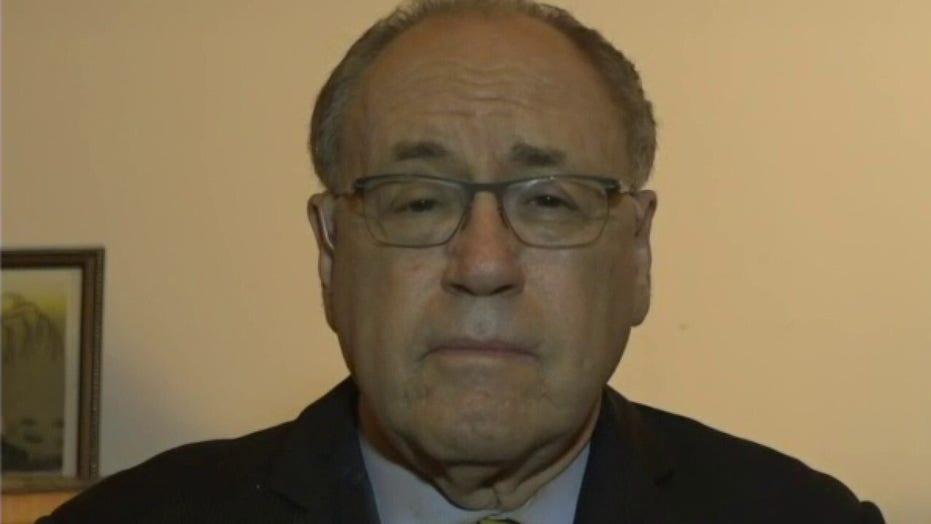 The global outbreak of the coronavirus has forced Russia to postpone a nationwide vote on proposed constitutional amendments that would allow President Vladimir Putin to remain in power.

Medical workers move a medical device at the Botkin isolation hospital, where patients are kept in isolation for possible inflection by the new coronavirus, in St.Petersburg, Russia, Tuesday, March 24, 2020, with Russia only reporting a few hundred virus cases. The highly contagious COVID-19 coronavirus can cause mild symptoms, but for some it can cause severe illness including pneumonia.  (AP)

Putin announced during a televised address to the nation Wednesday that a new date for the plebiscite will depend on how the COVID-19 pandemic develops in the coming weeks.

Russia has seen at least 658 confirmed coronavirus cases as of Wednesday after reporting 163 more infections the day before. This marked a significantly bigger daily increase from previous days, when the number of new infections grew only by several dozens.

The new tally comes a day after Putin -- dressed in a yellow hazmat suit -- visited a hospital on the outskirts of Moscow.

Sergei Sobyanin, the city’s mayor and ally to the president, told Putin on Tuesday that the number of coronavirus cases in Moscow probably far exceeds the official numbers.

“A serious situation is unfolding,” he told Putin, according to Reuters. He said there was limited testing and “in reality, there are significantly more sick people.”

On Wednesday, Putin told the nation that the government doesn’t want Russians except those working in essential sectors to come to work next week. He said stores, pharmacies, and banks will stay open.

“Health, life, and safety of the people is an absolute priority for us,” he said.

Last week, Putin ordered the vote on amending the Russian Constitution to be held on April 22; however, he kept the door open for a possible delay if the coronavirus outbreak worsened.

A few visitors and staff of the pub watching the broadcast of Russian President Vladimir Putin addresses Russian citizens on the State Television channels in Moscow, Russia, Wednesday, March 25, 2020. Putin has postponed a nationwide vote on proposed constitutional amendments that include a change that would allow him to seek another term in power. He also announced during a televised address to the nation that the government doesn't want Russians except those working in essential sectors to come to work next week. He said that stores, pharmacies and banks will stay open. (AP)

The 67-year Russian leader has been in power since 2000, longer than any other country ruler since Soviet dictator Josef Stalin, although he was technically prime minister from 2008-2012.

Other constitutional changes further strengthen the presidency and emphasize the priority of Russian law over international norms — a provision reflecting the Kremlin's irritation with the European Court of Human Rights and other international bodies that have often issued verdicts against Russia.