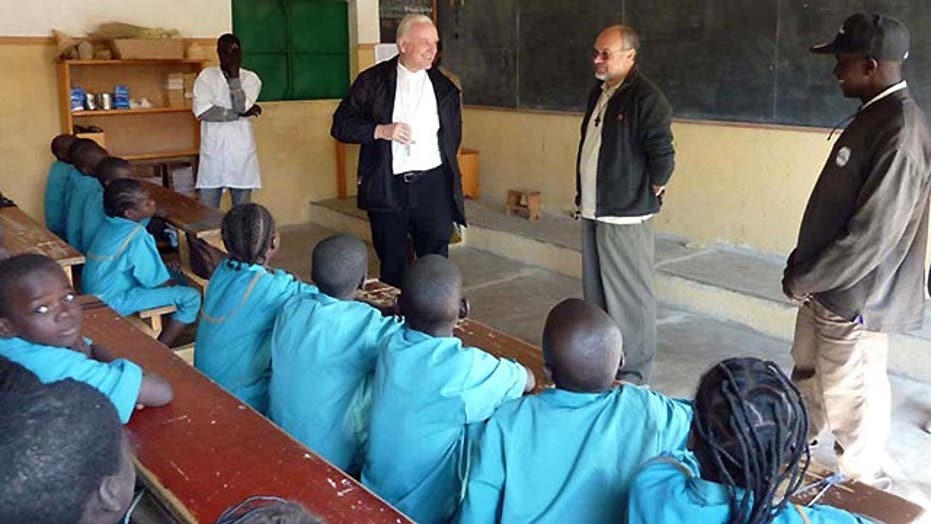 Global attacks on Christians on the rise

Young Christian women are facing a greater risk of being kidnapped by extremists, tortured, and even forced to convert to Islam since the Arab Spring ended in 2011.

This year already has seen a spike in the incidents, according to a report by the non-profit advocacy group International Christian Concern. It has been estimated by the ICC and other watchdog groups in the region that there have been 500 reported cases of young women being attacked by Muslim men since 2011, but unreported cases could send the figure much higher.

The girls are often assaulted, raped, kidnapped, forced to change their faith and sometimes killed, the ICC said.Making matter worse, nothing is being done by local authorities to prevent it in provinces across Egypt, according to officials from both the ICC and the Clarion Project, a US-based non-profit think tank and advocacy group.

“Not only are they turning a blind eye, they are often compliant,” Issac Six, a spokesman for the ICC told FoxNews.com, citing one incident in which a father was assaulted by an officer for asking too many questions about efforts to have his abducted daughter returned.

“It’s pervasive; police at the local level are not stopping the abductions. There needs to be more pressure from the top,” he added. “We have seen cases before where we’ve seen victims returned when the police put pressure on the kidnappers. We know it’s possible, unfortunately, the police are often complacent.”

Six added that the problem is largely ignored by the international community and that the U.S. needs to be more vocal about the issue in its dialogue with the Egyptian government.

One reported incident occurred in the city of Luxor as recently as February when 15-year-old Amira Hafez Wahib attended a morning prayer service at a local church, according to the study from ICC. Amira had asked her mother if she could go to a store near the church to buy an item. Her mother let her go but urged her to hurry right back.

But Amira never returned and is still missing.

The next day, Amira’s family went to the local police to report she had vanished.

“We received promises from the police here that they would arrest the accused and return Amira to her family, but there is not any positive step from them till now,” Rafla Zekry Rafla, an attorney handling the case, was quoted as saying.

The girl’s family believes that they know who her kidnapper is-- a Muslim man, named Yasser Mahmoud, a soldier who was at one time assigned to protect their church. Mahmoud had tried to abduct Amira a few months earlier at a Christian store near the church where she worked.

The family immediately tracked down where the man lived with his family. Relatives told Amira’s parents that they had not heard or seen from Mahmoud since the same day that their daughter disappeared.

Another recent incident occurred on March 9 when a young girl was abducted in front of her school. The family went to the local police for help in locating her.

A few days later, the father was returning home when he was approached by two masked men on a motorcycle. He was stopped by the pair, who attempted to convince him to give up the search for his daughter.

He was told to “just forget her” and had his life threatened. The two men said they would also abduct his other daughters if he continued his search.

Things got worse for the family, whose identities have not been made public due to safety concerns, when the father went to the Civil Status Authority to get a copy of her birth certificate only to discover that her name had been changed and her religion had been changed to Islam.

The ICC report also suggests that more minor incidents are on the rise as well, such as young Christian women wearing crosses in public having them violently ripped off their necks.

Experts point out that the rise in the abuse against young Christian women is likely due to societal misogyny and Islamist indoctrination as well as the recent loss in government power by the Muslim Brotherhood.

“There’s a huge conflict between the Islamist and Christian populations in Egypt right now,” Ryan Mauro, a National Security Analyst with the Clarion Project, said to FoxNews.com. “The Coptic Christians are supporting General el-Sisi because of the military’s efforts to take the Muslim Brotherhood out of power.”

“The radical Islamists are angry. So they are retaliating,” he added.

The Brotherhood is not helping matters,” Mauro said. “They incite the people to carry out these aggressive acts, but when the people carry them out, they denounce it.”

“They know full well what they are doing.”