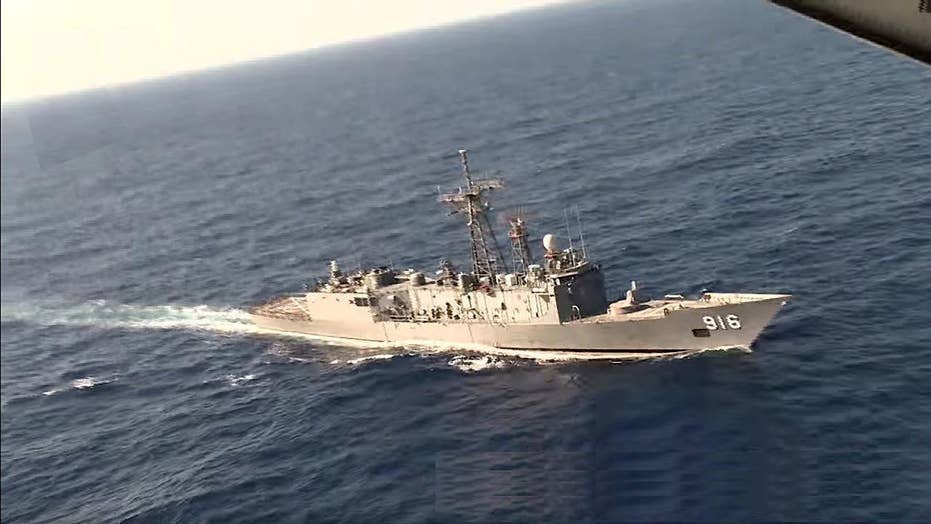 How body parts could provide clues to EgyptAir's crash

Dr. Michael Baden tells 'On the Record' how the forensic examinations of the bodies recovered can give investigators clues on what caused EgyptAir Flight 804's fatal descent

As pieces of luggage, human remains, wreckage and what could be a tell-tale oil slick were found early Friday in the Mediterranean Sea, one aviation expert said telemetry received by satellites from the doomed plane suggested a fire could have started onboard, knocking out computers and control mechanisms.

David Learmount said the fire could have started in the plane's avionics compartment. Such a scenario could indicate an electrical fire, and not terrorism, brought down EgyptAir flight 804 on Thursday.

The first physical clues to the crash of flight 804, which carried 66 passengers, crew and security officers, surfaced about 190 miles off the coast of the Egyptian city of Alexandria. Reports of debris being found on Thursday proved false, but the verified debris field could bring authorities closer to the all-important flight data recorder, which could provide insight into what caused the crash.

An EgyptAir official said midday Friday that wreckage of the missing plane has been found, including body parts, luggage and passengers' seats. The announcement came hours after a Greek official also reported evidence being found.

"A short while ago we were briefed by the Egyptian authorities... on the discovery of a body part, a seat and baggage just south of where the aircraft signal was lost," Defense Minister Panos Kammenos told reporters in Athens, according to Reuters.

The Cairo-bound flight had left Charles de Gaulle Airport in Paris late Wednesday night, and disappeared from radar as it neared its destination. Authorities have said terrorism is more likely than technical failure, but the investigation is still in the early stages.

A flotilla of international ships and boats were searching a wide swath of the sea Thursday and during the night for debris from the ill-fated Airbus 320. The mile-long oil slick was identified from satellite images from the European Space Agency, which cautioned that there was no guarantee the slick was from the missing aircraft. The agency said the slick was about 25 miles southeast of the plane's last known location, and passed the information to relevant authorities late Thursday.

The Egyptian presidency Friday expressed its "deep sadness and extreme regret" over the deaths of the passengers and crew members aboard the flight -- the first official recognition of the tragic crash. Egypt’s military also confirmed for the first time Friday that plane debris and passengers’ personal belongings were found in the Mediterranean Sea.

Egyptian army spokesman Brig. Gen. Mohammed Samir wrote on his Facebook page that Egyptian jets and naval vessels participating in the search for the missing plane had found "personal belongings of the passengers and parts of the plane debris."

Egyptian airport officials said Friday that three French and three British investigators and an AirBus technical expert had arrived in Cairo to join the investigation.

No terror groups had taken credit for the disaster as of Friday morning, and authorities were going through the passenger manifest, crew members' backgrounds and airport staff for possible links to terror. Authorities said the plane swerved and spun wildly before plummeting into the sea. The Egyptian military said that no distress call was received from the pilot.

In Paris, French authorities scoured Charles de Gaulle Airport, the country's main hub, for any sign of a security breach prior to the flight's departure. Reuters reported that investigators were interviewing officers who were on duty at the airport Wednesday night to determine whether they heard or saw anything suspicious.

"We are in the early stages here," a police source told Reuters about the investigation.

The Wall Street Journal reported that French investigators were poring over surveillance footage from the airport, as well as performing background checks of those on board the plane and anyone who may have had ground access to the aircraft.

Flight 804 was carrying 56 passengers, including one child and two babies, three security staff and seven crew members, officials said. Egypt's aviation minister, Sharif Fathy, described those on board as including 15 French passengers, 30 Egyptians, one Briton, two Iraqis, one Kuwaiti, one Saudi, one Sudanese, one Chadian, one Portuguese, one Algerian and one Canadian.

Families of the victims spent the night in a hotel in the Egyptian capital, Cairo, while they awaited the news of their loved ones. Egyptian officials said some arrived from Paris late Thursday, among them eight relatives of the 15 French passengers on board the missing jet.

Later Friday, the relatives of those killed held prayers for the dead at Sultan Hussein mosque in Cairo. Some of them cried as they prayed.

Among those killed were Salah Abu Laban, his wife Sahar Qouidar, their son Ghassan Abu Laban and daughter-in-law Reem al-Sebaei

The relative, Abdel-Rahman al-Nasry, told The Associated Press, "I ask God for forgiveness. This is very hard for the family."

Magdi Badr, a family friend, said, "we pray for the victims."

In the U.S., Los Angeles International Airport announced Thursday that it was stepping up security in the wake of the EgyptAir disappearance. A statement from airport authorities said they were eliminating or restricting airport worker access to 150 doors in the terminals. The statement also said additional airport police officers had been assigned to monitor employee access points and conduct random screenings.