Pope Francis met on Tuesday with survivors of priests who sexually abused them, wept with them and apologized for the “irreparable damage” they suffered, his spokesman said.

The pontiff also acknowledged the “pain” of priests who have been held collectively responsible for the crimes of a few, Vatican spokesman Greg Burke told reporters at the end of the day.

Francis dove head-first into Chile’s sex abuse scandal on his first full day in Santiago that came amid unprecedented opposition to his visit: Three more churches were torched overnight, including one burned to the ground in the southern Araucania region where Francis celebrates Mass on Wednesday. Police used tear gas and water cannons to break up an anti-pope protest outside Francis’ big open-air Mass in the capital, Santiago.

Despite the incidents, huge numbers of Chileans turned out to see the pope, including an estimated 400,000 for his Mass, and he brought some inmates to tears with an emotional visit to a women’s prison. 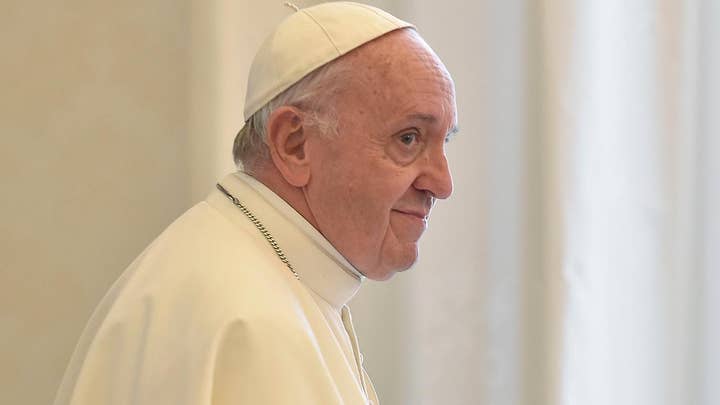 But his meeting with abuse survivors and comments in his first speech of the day were what many Chileans, incensed by years of abuse scandal and cover-up, were waiting for.

Burke said Francis met with a small group of abuse victims after lunch, listening to their stories and praying with them. The spokesman gave no details, other than to say the pope “listened to them, prayed with them and wept with them.”

Earlier in the day, Francis told Chilean President Michelle Bachelet, lawmakers, judges and other authorities that he felt “bound to express my pain and shame” that some of Chile’s clergy had sexually abused children in their care.

“I am one with my brother bishops, for it is right to ask forgiveness and make every effort to support the victims, even as we commit ourselves to ensuring that such things do not happen again,” the pope said.

Francis did not refer by name to Chile’s most notorious pedophile priest, the Rev. Fernando Karadima, who in 2011 was barred from all pastoral duties and sanctioned by the Vatican to a lifetime of “penance and prayer” for sexually molesting minors. Nor did he refer to the fact that the emeritus archbishop of Santiago, a top papal adviser, has acknowledged he knew of complaints against Karadima but didn’t remove him from ministry.

Karadima had been a politically connected, charismatic and powerful priest who ministered to a wealthy Santiago community and produced dozens of priestly vocations and five bishops. Victims went public with their accusations in 2010 after complaining for years to church authorities that Karadima had kissed and fondled them when they were teenagers.

While the cover-up continued to roil the church, many Chileans are still furious over Francis’ subsequent decision in 2015 to appoint a Karadima protege as bishop of the southern city of Osorno. Bishop Juan Barros has denied knowing about Karadima’s abuse but many Chileans don’t believe him, and his appointment has badly split the diocese. 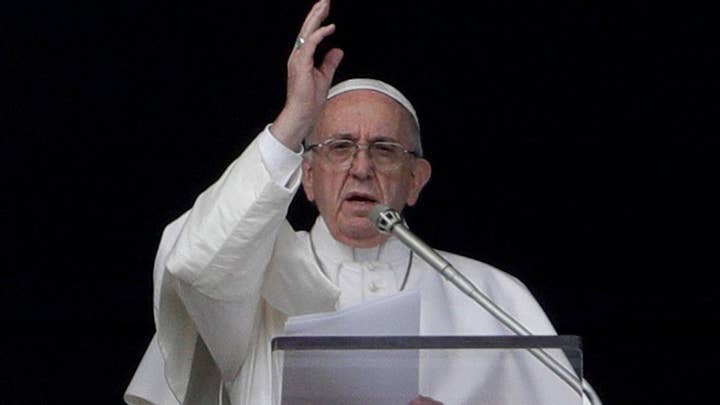 Francis referred again to the scandal later in the day, but this time his words were directed at the hundreds of priests gathered in Santiago’s cathedral who have seen their influence and moral authority plummet as a result of the Karadima case and cover-up.

Francis told them that the scandal had not only caused pain in the victims, but in the broader church community and among anyone who wears a clerical collar.

He said he knew the pain of priests and nuns “who after working so hard, have seen the harm that has led to suspicion and questioning; in some or many of you this has been a source of doubt, fear or lack of confidence.” He said some priests had even been insulted in the subway or walking on the street, and that by wearing clerical attire they had “paid a heavy price.” But he urged them to press on.

It was similar to the message that Francis delivered to American bishops in 2015 — one that infuriated sex abuse survivors who accused the pope of drawing a moral equivalency between the lifelong trauma endured by people who were raped as children, and the pain of clergymen who were now looked upon with suspicion.

“Sex abuse is Pope Francis’ weakest spot in terms of his credibility,” said Massimo Faggioli, a Vatican expert and theology professor at Villanova University in Philadelphia. “It is surprising that the pope and his entourage don’t understand that they need to be more forthcoming on this issue.”

Anne Barrett Doyle of the online abuse database, BishopAccountability.org, praised Francis for opening his visit with the apology, but said Chileans expect him to take action against complicit church leaders. 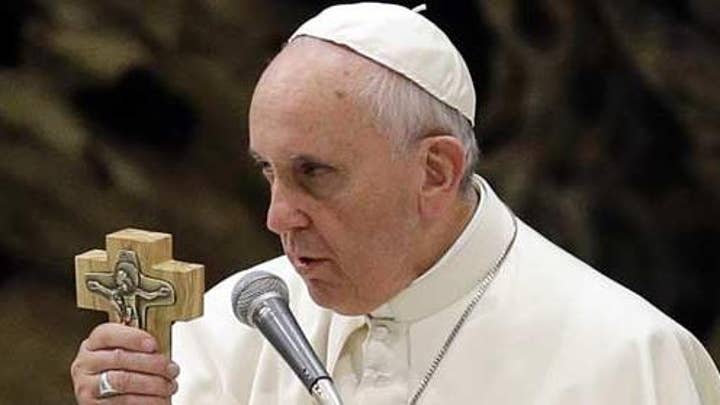 “This is a crucial opportunity for Francis. With luck, he will not make the mistake of his brother bishops in underestimating the savviness and moral outrage of the Chilean people,” said Barrett Doyle, who last week released research showing nearly 80 Chilean priests have been credibly accused or convicted of abuse.

The Karadima scandal and long cover-up has caused a crisis for the church in Chile, with a recent Latinbarometro survey saying the case was responsible for a significant drop in the number of Chileans who call themselves Catholic, as well as a fall in confidence in the church as an institution.

That distrust extends to Francis, who is making his first visit as pope to the country of 17 million people. The Argentine pope is nearly a native son, having studied in Chile during his Jesuit novitiate and he knows the country well. But Chileans gave him the lowest approval rating among the 18 Latin American nations in the survey.

“People are leaving the church because they don’t find a protective space there,” said Juan Carlos Claret, spokesman for a group of church members in Osorno that has opposed Barros’ appointment as bishop. “The pastors are eating the flock.”

For his part, Barros, who concelebrated Tuesday’s open-air Mass with Francis and other bishops, repeated his assertion that he knew nothing of Karadima’s crimes.

“Many lies have been made about me,” he said.

At a protest near the site of the Santiago Mass, police fired tear gas and water cannons before detaining several dozen demonstrators, according to an Associated Press photographer at the scene. Protesters carried signs with messages reading “Burn, pope!” and “We don’t care about the pope!”

Other groups also called for demonstrations against the pontiff.

Victor Hugo Robles, an activist in Chile’s lesbian and gay community, said the Vatican tries to paint an image of the pope as being close to the people, particularly those with the most needs.

“We are the ones who need help,” said Robles. “Gay people, people living with AIDS. When it comes to those things, the church has an attitude of intolerance, of disgust.”

Still, many were excited to see the pope and expressed appreciation for his apology for sex abuse.

“When people make a mistake it’s necessary that they ask for forgiveness,” said Monica Reyes, a nursing assistant who attended the pope’s speech at the presidential palace.

The pope will try to inject new energy into the church during his visit, which includes sessions with migrants, members of Chile’s Mapuche indigenous group and victims of the 1973-1990 military dictatorship.