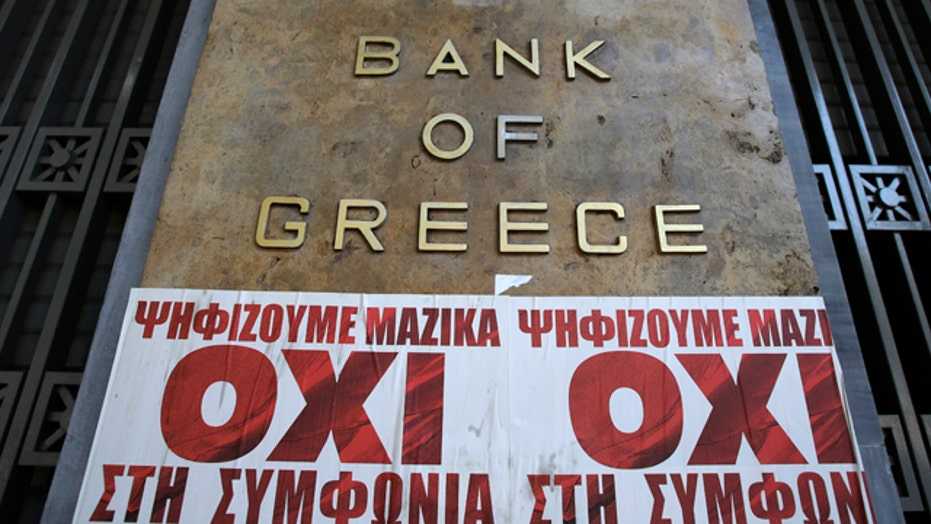 ATHENS, Greece – The brief but intense campaign in Greece's critical bailout referendum ends Friday, with simultaneous rallies in Athens supporting "yes" and "no" answers to a murky question in what an opinion poll suggests could be a very close vote.

Prime Minister Alexis Tsipras called the referendum last weekend, asking Greeks to decide whether to accept creditors' proposals for more austerity in exchange for more loans -- even though those proposals are no longer on the table.

Tsipras is advocating a "no" vote on Sunday, saying it would put him in a stronger negotiating position to seek a better deal for Greece within the eurozone. Opposition parties, and many European officials, say a "no" vote would drive Greece out of the euro and into an even more impoverished future.

A poll conducted Tuesday and Wednesday and published in To Ethnos newspaper Friday showed the two sides in a dead heat. It also showed an overwhelming majority -- 74 percent -- want the country to remain in Europe's joint currency, the euro, compared to 15 percent who want a national currency.

Of the 1,000 respondents to the nationwide survey by the ALCO polling firm, 41.5 percent will vote "yes" and 40.2 percent "no," well within the margin of error of 3.1 percentage points. Another 10.9 percent were undecided and the rest said they would abstain or leave their ballots blank.

Both sides were trying to sway the undecided in rallies Friday evening, to be held 800 meters (875 yards) apart in central Athens. Tsipras was to speak at the "no" rally in the capital's main Syntagma Square outside Parliament, while "yes" supporters would gather at the nearby Panathenian Stadium, where the first modern Olympics were held in 1896.

The vote could be the most important in Greece's modern history, but the question is unclear and many voters are confused about what's at stake.

The Council of State, the country's highest administrative court, was to rule Friday on a motion brought by two private citizens asking the court to rule the referendum illegal.

Sunday's vote "is invalid because it expressly violates the constitution, which stipulates that a referendum cannot take place on economic matters," Spyridon Nicolaou, one of the two filing the motion, told The Associated Press.

"But it's also invalid because it doesn't incorporate the text of the documents on which the Greek people are called on to decide. Would anyone from Evros (in far northeastern Greece) know the specific documents?"

A separate group has filed a counter-motion supporting the referendum's legality. Dimitris Belantis, one of those seeking to ensure the vote goes ahead, claims the Council of State has no jurisdiction over the matter and that the constitution stipulates popular votes can be held on "crucial national matters."

Much of the ambiguity arises from the complicated question on the ballot paper:

"Must the agreement plan be accepted which was submitted by the European Commission, the European Central Bank and the International Monetary Fund to the Eurogroup of 25 June, 2015, and is comprised of two parts which make up their joint proposal? The first document is titled `reforms for the completion of the current program and beyond' and the second `Preliminary debt sustainability analysis."'

Voters are asked to check one of two boxes: "not approved/no" and -- below it -- "approved/yes."

Apostolos Foutsitzis, a 43-year-old medical scanner operator in the northern city of Thessaloniki, said he was confused by the question but plans to vote "yes" because he wants Greece to remain in Europe.

"The referendum is unclear in the way it is being phrased, so I interpret this ambiguity as meaning we might stay in Europe or not," he said.

Greek banks have been closed during the week-long campaigning to staunch a run, with cash machines allowing daily withdrawals of up to 60 euros ($67) -- although in practice this has been reduced to 50 euros as most machines have run out of 20-euro notes.

Some banks opened to let pensioners without ATM cards withdraw up to 120 euros a week, with crowds of elderly people waiting outside the doors for hours. Tsipras has described the measures as temporary.

"Our efforts are focused on overcoming the crisis as fast as possible, with a solution that preserves the dignity and sovereignty of our people," he said Thursday.

The 40-year-old prime minister argues a strong "no" vote will help Greece win a new deal with the eurozone's rescue mechanism that would include terms to reduce the country's 320 billion-euro national debt and to make payments on it more sustainable. He insists a deal could be struck "within 48 hours" of the vote.

His argument, however, was dismissed by the head of the eurozone finance ministers' group, Dutch Finance Minister Jeroen Dijsselbloem.

"The consequences are not the same if it's a `yes' or `no,"' he said. "If it's the `yes,' even if it's on the basis of proposals that have already expired, negotiations can resume and I imagine be quickly concluded. We are in something of an unknown. It's up to the Greeks to respond."