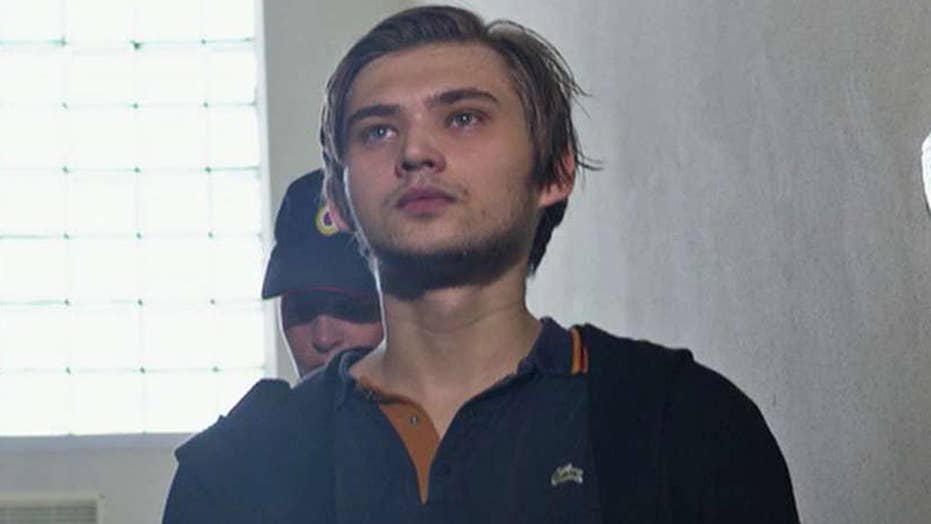 Playing Pokemon Go in church is equivalent to “religious hatred.”

At least that’s what a Russian court has ruled.

A judge in Russia ruled that local blogger Ruslan Sokolvsky, 22, was guilty of inciting religious hatred after he posted a video last year showing him playing the game in a church in the city of Yekaterinburg. That Russian Orthodox Church is where the last emperor of Russia and his family were shot to death during the Russian Civil War.

He was sentenced to a 3 ½-year suspended sentence. The video blogger has been in detention since October.

In televised remarks, Judge Yekaterina Shoponyak said Sokolovsky’s behavior and anti-religious videos were a disrespect for society and “intended to offend religious sentiments.”

The judge said the Pokemon Go incident was not the only reason Sokolvsky faced trial. She said his “offensive” videos were also the reason, including "mockery of the immaculate conception," "denial of the existence of Jesus and Prophet Muhammad" and "giving an offensive description of Patriarch Kirill," the head of the Russian Orthodox Church.

In a news conference after the verdict was read, Sokolvsky thanked the media for raising attention to his case. Had the public not known about his arrest, he said, the sentence would have been a lot worse.

"Until the very last moment I didn't know what the sentencing would be, that's why I was very nervous and feared I would get a real prison term," he told the BBC.

Once an officially atheist state, Russia has made a stunning turnaround since the fall of the Soviet Union, with the majority of Russians now identifying themselves as Orthodox Christians.

Although most Russians are not observant, the Kremlin has been eager to harness faith to promote its own agenda. The guilty verdict for the Pussy Riot members emboldened radical religious activists who have been successful in their public campaigns to get theater performances banned and exhibitions closed. Last year, activists launched a drive to collect signatures to end state funding for abortion.

Sokolovsky's conviction caused outrage in Russia with many prominent figures describing it as a condemnation of atheism.

"I was born and grew up in the Soviet Union where 98 percent of citizens were atheists," opposition leader Alexei Navalny tweeted on Thursday while the hearing was being webcast. "And now I'm listening to a verdict where a man has been convicted for atheism."

Mikhail Fedotov, head of the Russian presidential human rights council, told the Interfax news agency after the verdict that the council would study the case files but he welcomed that fact that Sokolovsky was given a suspended sentence, not a prison term.