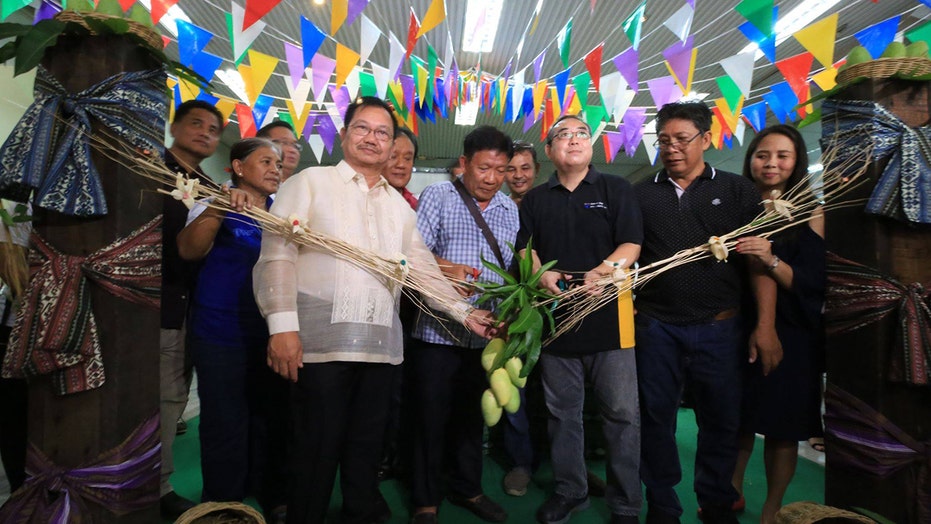 The Philippines announced a new agriculture program this week that is aimed at selling over 2.2 millions pounds of fresh mangos in the month of June after a fruitful harvest left the country with a huge surplus.

Agriculture Secretary Emmanuel "Manny" Pinol announced operation “Metro Mango” on Sunday, after a number of mango farmers on the island of Luzon expressed concern that the nearly 4.4 million pounds of mangoes harvested this season would go to waste.

Agriculture Secretary Emmanuel "Manny" Pinol said that there are over 4.4 million pounds of mangoes endanger of rotting. (Facebook)

“The Metro Mango Marketing Program is a result of the appeal of growers from Luzon who experienced a bumper harvest of mango following the long dry spell caused by El Niño which precipitated profuse flowering and fruiting this season,”’ Pinol said in a Facebook post.

a number of mango farmers in Luzon express concern the "bumper harvest of mango" would go to waste. (Facebook)

PHILIPPINES' DUTERTE BUGGED BY MASSIVE COCKROACH DURING CAMPAIGN RALLY BEFORE JOKING: 'IT'S A LIBERAL'

Pinol listed areas where people could purchase the mangoes, which have also since been discounted.

This included the Department of Agriculture Central Office in Quezon City and the Muntinlupa and Paranaque City Halls.

The goal of the program is to sell at least half of the over 4.4 million pounds of mangoes in June.