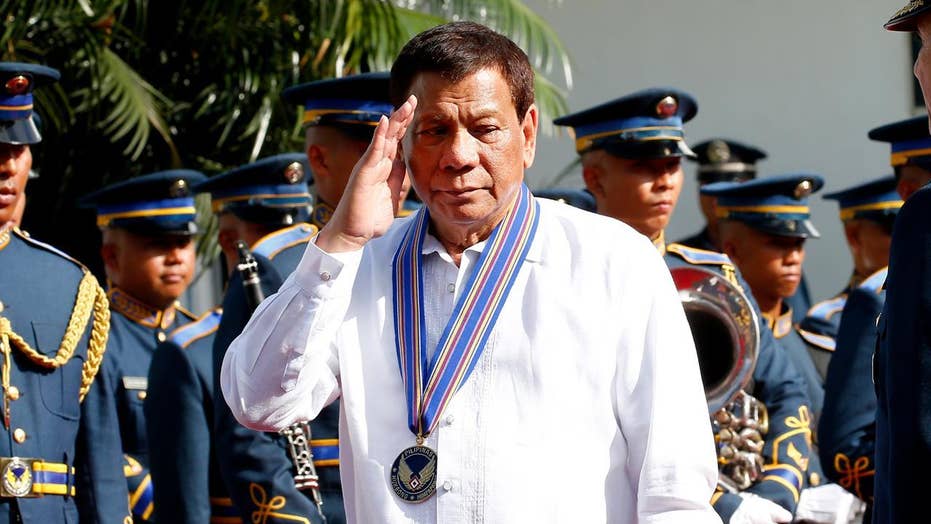 Philippines president Rodrigo Duterte has defied and angered the Catholic Church and Christians worldwide, after he said he would quit if someone could prove to him that God exists. Dr. Alex McFarland is here with his reaction.

Philippines President Rodrigo Duterte, who has earned a reputation for incendiary and outrageous rhetoric, unleashed an expletive-laced rant Tuesday directed at the government auditors he claims are hampering the work of his administration.

In a speech in Manlia, Duterte cursed at the Commission on Audit, the independent body in charge of examining spending by agencies, according to Philippine news site Rappler.

The president has routinely sparked controversy, including a recent attempt at humor in which he appeared to say he sexually abused his housemaid when he was a teenager.

Philippines President Rodrigo Duterte unleashed an explicative-filled rampage on at government auditors he claims are hampering the work of his administration. (REUTERS/Ezra Acayan)

Duterte previously railed against the COA in September, at the time joking about throwing an auditor down the stairs, according to Rappler.

"Who's from COA? Push him down the stairs so he won't be able to file a report anymore," the leader said at the time.

PHILIPPINES' DUTERTE VOWS TO RESIGN IF ANYBODY CAN PROVE GOD EXISTS

The independent agency has reported on numerous controversies during the Duterte administration, including alleged mismanagement of funds.

Duterte, who enjoyed a high rating of 79 percent shortly after taking office, has seen his popularity dip as controversies mount.