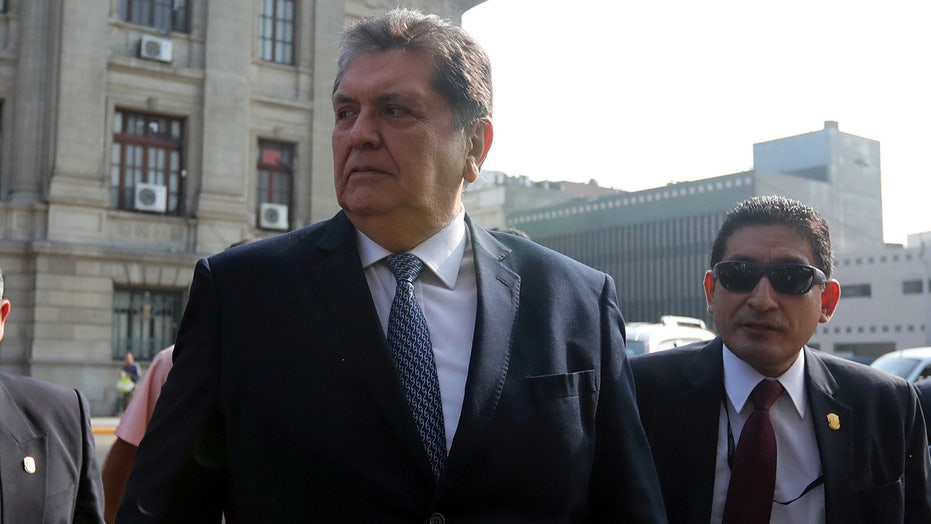 Former Peruvian President Alan Garcia died Wednesday after he shot himself before being detained by police amid allegations he received illegal payment from a Brazilian construction giant.

The 69-year-old Garcia was taken from his home in the capital Lima to the Casimiro Ulloa Hospital at around 6:45 a.m. local time for a bullet wound to the head. He died several hours later after falling into a coma during emergency surgery, current President Martinez Vizcarra announced.

Former Peruvian President Alan Garcia shot himself in the head before police went to arrest him at his home amid allegations of taking bribes from Brazilian construction giant Odebrecht.  (Reuters)

Garcia – a populist firebrand whose erratic first presidency in the 1980s was marked by hyperinflation and rampant corruption – was under investigation for allegedly accepting bribes during the construction of Lima’s metro during his second government, from 2006-2011.

He had denied ever receiving money from Brazilian firm Odebrecht, which is at the center of Latin America’s biggest corruption scandal after admitting in a 2016 plea agreement with the U.S. Justice Department that it paid corrupt officials across Latin America nearly $800 million in exchange for major infrastructure contracts.

He sought asylum in Uruguay's embassy in Peru late last year, remaining there for a little more than two weeks before having his request denied.

A judicial order by Judge Juan Sanchez ordered Garcia's arrest and the search for documents in his home related to money laundering allegations. When police arrived at his residence to arrest him, the ex-president shot himself while in his bedroom, local media reported.

"This morning the lamentable accident happened: the president made the decision to shoot himself," his attorney, Erasmo Reyna said outside the hospital earlier Wednesday.

“Let’s pray to God to give him strength,” he said.

Odebrecht was behind major infrastructure projects around the world, including venues for the 2016 Olympics and 2014 World Cup in its home country. Investigators said the company also paid bribes to more than half of the countries in Latin America, as well as in Angola and Mozambique, in Africa.

Scientists discovered the mummified remains of 140 children at Huanchaquito-Las Llamas in Peru, an archaeological site believed to be where ritual sacrifices took place in the 15th-century.

The massive scandal has brought down politicians throughout Latin America, especially in Peru, where former President Pedro Pablo Kuczynski was detained just last week as part of a money-laundering probe into his ties to the company.

Kuczynski was taken Tuesday night to a local clinic with high blood pressure.

Prosecutors said they believed Garcia received more than $100,000 from Odebrecht, disguised as a payment to speak at a conference in Brazil.

Peru has gone further than any other country outside Brazil in prosecuting politicians. All but one living former head of states in Peru are being investigated for alleged corruption, while a fifth – Alberto Fujimori – is serving prison time for corruption and human rights abuses.

The current leader of the opposition, Keiko Fujimori – who is the daughter of Alberto Fujimori – is also in pre-trial detention on charges of taking $1.2 million in bribes from Odebretch.