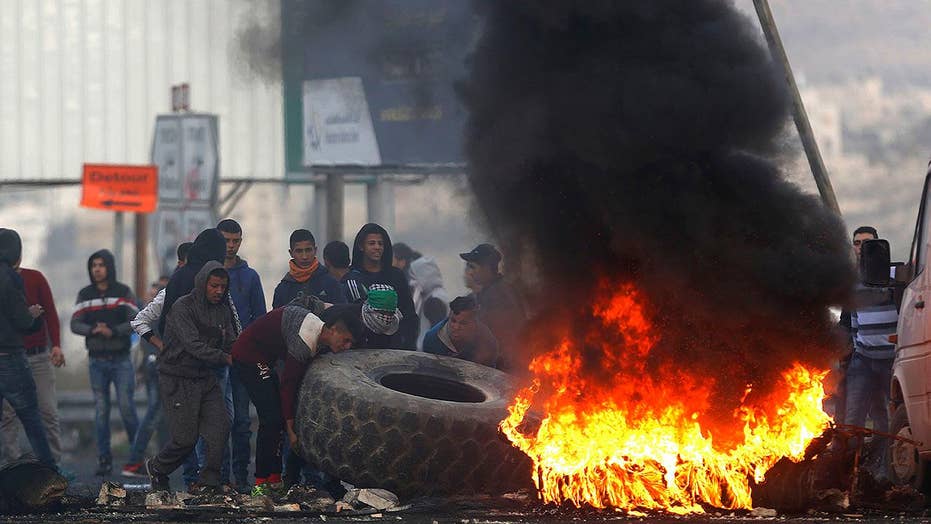 Palestinians walk away from peace talks before Pence visit

David Lee Miller reports from Jerusalem as the violence continues.

The Palestinian Foreign Minister says the Palestinian envoy to Washington is being temporarily called back for consultations over the future of relations with the United States.

The move comes after President Donald Trump recognized Jerusalem as Israel's capital, setting off unrest and prompting the Palestinians to reject Washington as a Mideast peace broker, a role it has held for decades.

Foreign Minister Riad Malki says Sunday that discussions would take place "to set the decisions needed by the Palestinian leadership in the coming period regarding our relations with the US." He says the envoy is expected to return to "his normal work" after the discussions.

Trump's decision upended decades of U.S. foreign policy and countered an international consensus that the fate of Jerusalem should be determined in negotiations.