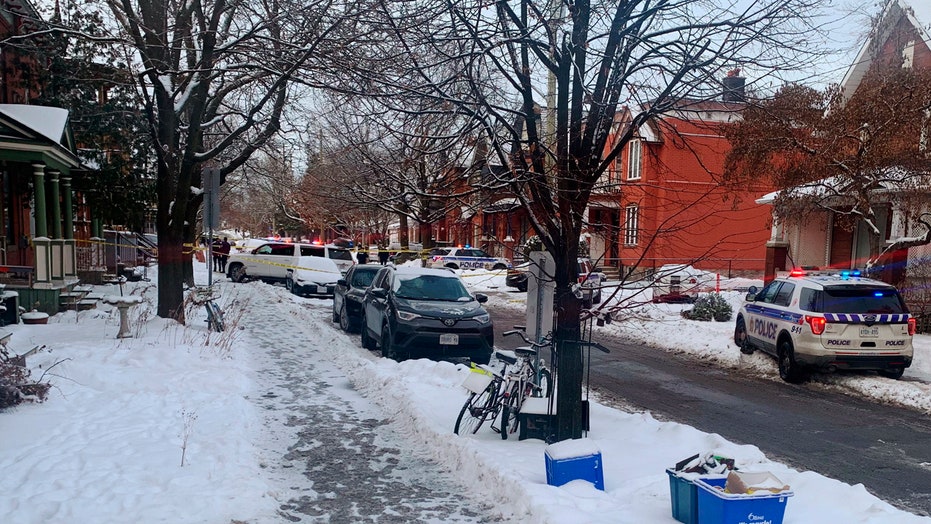 One person was killed and three others were seriously injured in a shooting Wednesday morning in Canada’s capital city of Ottawa and a "coordinated response" is underway as police hunt for a suspect, according to officials.

The Ottawa Police Department said the incident happened about 7:30 a.m. in the 400-block of Gilmour Street, located in the central part of the city.

"Many injuries reported. A coordinated response is underway," police tweeted shortly after the shooting. "Please avoid the area."

In a news release, police said that officers were called to the scene after reports of multiple gunshots. Officers arriving at the scene found several people injured.

Police inspect the scene of a shooting in downtown Ottawa on Wednesday, Jan. 8, 2020. (David Reevely /The Canadian Press via AP)

"At this time, three people have been transported to [a] hospital with serious injuries and one person has been confirmed deceased," authorities stated.

The incident was taking place about a half-mile south of Parliament Hill, CBC News reported. Parliament Hill is home to Canada's federal government and is the centerpiece of Ottawa’s downtown landscape.

Ottawa police tweeted that they were responding to the incident on Gilmour Street in a residential area, which has now been "secured."

Ottawa Police said one person was killed and three people were seriously injured and transported to the hospital following the shooting. (David Reevely /The Canadian Press via AP)

Authorities said they are still searching for a suspect in the deadly shooting, and are asking the public for help.

"Major Crime investigators have confirmed that there are no national security implications related to this incident. Further, this is not an active shooter situation.," Ottawa Police said.

Investigators believe that the shooting was a "targeted" incident.

The street where the shooting took place will remain closed in the area while the investigation is ongoing, according to officials.

Catherine McKenna, the member of Parliament for the area, said she was aware of the shooting in Centretown and said her thoughts are with the injured.

"I thank the emergency personnel who are currently responding, and I second their request that people avoid the area," she tweeted.