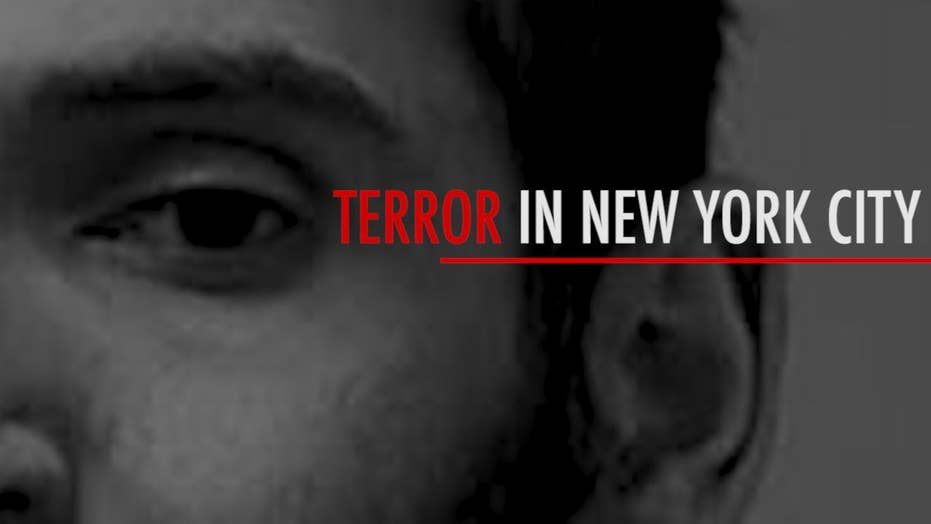 A timeline of the deadly events of October 31, 2017, in New York City leaving eight people dead and 11 others injured when a truck plowed into pedestrians and bicyclists along a bike path.

An Uzbekistan native is accused in the deadly Halloween terror attack in New York City, highlighting the growing threat of terrorism coming from Central Asia.

The driver, Sayfullo Saipov, has been identified by officials as an immigrant from Uzbekistan and he allegedly left behind handwritten notes pledging his loyalty to ISIS. The 29-year-old came to the U.S. legally in 2010 under the Diversity Visa Program, and according to law enforcement officials is believed to have lived first in Ohio after his arrival.

What must authorities do to prevent future terror attacks?

Uzbekistan is the most populous country in Central Asia, with 88 percent of the population identifying as Muslim, mostly Sunni, according to the CIA World Factbook.

The country has a history with jihadist groups. The previous most-notable group was the Islamic Movement of Uzbekistan, which later splintered before aligning itself with ISIS, according to a report by the International Crisis Group.

A 2015 report by the organization said growing numbers of Central Asian citizens, male and female, went to the Middle East to fight or otherwise support ISIS.

"Prompted in part by political marginalization and bleak economic prospects that characterize their post-Soviet region, 2,000-4,000 have in the past three years turned their back on their secular states to seek a radical alternative," the report said.

A Home Depot truck was used in the Halloween terror attack. (Reuters)

The total number of Uzbeks who have joined ISIS varies depending on the source. The Muslim Board of Uzbekistan put the number at around 200 citizens, while The International Centre for the Study of Radicalisation and Political Violence pegged the number at more than 500 Uzbeks, according to a 2015 USAID report.

"Ethnic Uzbeks, including citizens of Uzbekistan, are most numerous among the Central Asians with the Islamic State, but Kyrgyz, Kazakhs, Turkmen and Tajiks are also well represented," the International Crisis Group said in its report.

A 39-year-old Uzbeck citizen who was known to security services was behind the deadly truck attack in Stockholm in April that killed four people.

Tow trucks move a beer truck that crashed into the department store after plowing down the Drottninggatan Street in Stockholm. (Reuters)

Two of the ISIS suicide bombers in the June 2016 attack at Istanbul’s main airport were Uzbek and Kyrgyz nationals, a Turkish government official told Reuters at the time.

In the U.S. three New York City residents -- two with Uzbekistan citizenship, and one a citizen of Kazakhstan -- were arrested in 2015 after the Department of Justice said they plotted to travel to Syria to join ISIS militants and "wage jihad."

One of the men arrested in that case, Abdurasul Hasanovich Juraboev, was sentenced to 15 years in prison on Oct. 27 for conspiring to provide material support to ISIS, according to the DOJ.

Uzbekistan's President Shavkat Mirziyoyev sent his condolences to President Trump and the families of the victims on Wednesday, and offered his country's assistance in investigating the attack.

The country has been a longtime partner in the counterterror fight, and the U.S. has worked with Uzbek security services in matters relating to "counter-terrorism and counter-narcotics policies," according to the ICG.

Trump proposed revisions to his “extreme vetting” program in the wake of the attack, but no countries in Central Asia are among the  countries targeted by the Trump administration's controversial immigration policy.

"Unfortunately, we have recently seen a rise in such senseless attacks across the globe and face a persistent terror threat here at home," Acting Secretary of Homeland Security Elaine Duke said in a statement Wednesday. "DHS and our partners remain alert in the wake of this attack and committed to keeping America safe."