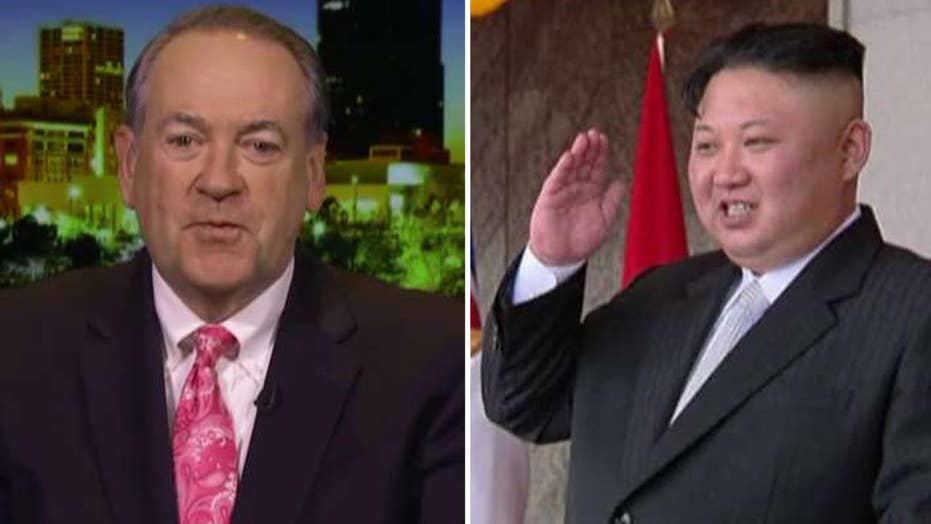 North Korean dictator Kim Jong Un has a diabolical plan in case tensions with the U.S. continue to escalate, according to a defector.

Ung-gil Lee, a former clandestine special operator who escaped the Hermit Kingdom, told The Mail on Sunday that if the United States attacks the isolated nation, “diplomats, tourists and foreign businessmen” in South Korea will be at risk. Lee said his his former unit is trained and prepared to retaliate by kidnapping foreigners from South Korea, bringing them to the North and ultimately killing them.

The defector said that as part of the 11th Storm Corps, he stole across the border into South Korea unnoticed, carrying both traditional weapons and nerve agents in what he called “suicide missions” to capture foreigners. He said that the 11th Storm Corps is only one of several units, ready to act, in the event of an attack by the U.S.

Michael Malice, author of "Dear Reader: The Unauthorized Autobiography of Kim Jong Il," told Fox News that the report seems to be in line with what is known about the mysterious regime.

“North Korea has been kidnapping people for literally decades for various reasons,” he said. “They've also repeatedly send people to the south to assassinate various people.”

Surprisingly, North Korea has admitted to kidnapping a dozen Japanese citizens. In an uncharacteristic apology, then-supreme leader Kim Jong Il in 2002 blamed his special forces for getting “carried away by a reckless quest for glory” in the abduction of those taken in the 1970s and 1980s, including a 13-year-old girl on her way back from badminton, a cook, a recently engaged couple enjoying dinner by the beach and a club hostess.

The repressive nation claimed that eight out of the twelve had already died. Human Rights Watch reports that additionally, “the North Korean government has also kidnapped individuals from China, Thailand, Europe, and the Middle East.”

Notably, a famous South Korean film couple, a movie-star wife and director husband, were kidnapped from Hong Kong in 1977 and taken to North Korea in an effort to help build the film industry. Choi Eun-hee and Shin Sang-ok were held captive for eight years before they were able to escape and tell their story.

There has not been a confirmed case of an American kidnapped by North Korea, however detained U.S. citizens are known to be used for political leverage by Kim Jong Un’s regime. Visiting North Korea is not illegal for Americans, but it is discouraged by the State Department.

The family of BYU student, David Sneddon, is still looking for answers after he disappeared in 2004. Last year, unconfirmed allegations emerged that he was kidnapped by North Korea from China, where he was studying.

North Korea is currently holding prisoner American student Otto Warmbier, sentenced to 15 years hard labor for stealing a propaganda poster from his hotel in Pyongyang during an organized trip to the country in 2016. At the time, the Obama administration announced sanctions against North Korea. Warmbier apologized for what was called an “act of hostility against the state,” however he remains a prisoner and little is known of his conditions.

Shortly after Warmbier’s sentencing, another American citizen was reportedly convicted of spying in North Korea, punished with the same 15-year sentence. North Korea touted the capture of 63-year-old Kim Dong Chul, a South Korean-born naturalized U.S. citizen, by releasing his American passport and parading him out in a state-sponsored news conference.

Korean-American pastor Kenneth Bae was held in North Korea for 19 months, enduring hard labor for the crime of evangelizing. He was released in 2014, thanks in large part to former NBA star Dennis Rodman and the friendship he formed with the North Korean dictator.

Malice told Fox News that North Korea refers to Americans as “U.S. imperialists” and the people of the North consider South Korea to be their territory, occupied by the U.S.

He explained that North Korea “goes after defectors as a means of revenge,” making those they see as traitors the most obvious targets of kidnapping.

However, all that could change if the U.S. takes military action against North Korea.

“We are the theoretical enemies,” said Malice, “but if we move, we will be the enemy in practice, and they will absolutely go after us.”

Kristine Kotta contributed to this story.