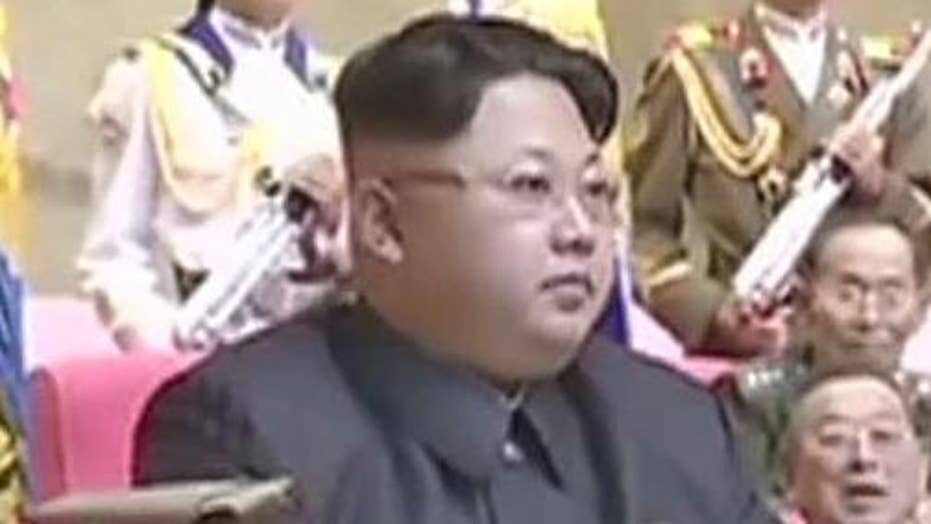 North Korea's state media have constructed an imaginary letter from the 16th U.S. president that attacks Obama's "deception" over Pyongyang's pursuit of nuclear weapons. It is the latest response from the North to rising animosity with Washington following Pyongyang's nuclear test and long-range rocket launch earlier this year.

The letter, posted only in Korean on the DPRK Today website, is likely aimed at a domestic audience. DPRK Today is a relatively little known outlet compared with the North's main Korean Central News Agency and the Rodong Sinmun newspaper, which outsiders regularly check to find news from the authoritarian country.

The letter is titled "Advice from Lincoln to Obama."

"Hey, Obama," it begins. "I know you have a lot on your mind these days ... I've decided to give you a little advice after seeing you lost in thought before my portrait during a recent Easter Prayer Breakfast."

In the letter, Lincoln derides Obama's Nobel Peace Prize-winning push to build a nuclear-free world by questioning why the United States has not taken the initiative to scale back its nuclear arsenal first, even as it asks countries such as North Korea to scrap their atomic programs.

"If the United States, a country with the world's largest nuclear weapons stockpile, only pays lip service, like a parrot, and doesn't do anything actively, it will be a mockery to the entire world," the letter has Lincoln say.

Although the fake Lincoln criticizes Obama, the North doesn't portray the late president as a good leader.

Kim Jong-un: Major Events Since His Rise to Power | Graphiq

"Hey, Obama, it's the 21st Century," the letter says. "The tactic by past American presidents, including me, who deceived the people ... is outdated. That doesn't work now. The world doesn't trust an America that doesn't take responsibility for what it says."

North Korea's state media has often used harsh language against U.S. and South Korean leaders in times of tension. In recent weeks, Pyongyang has stepped up rhetoric against Washington and Seoul during their annual springtime military drills, which it calls an invasion rehearsal. The drills are set to end later this month.