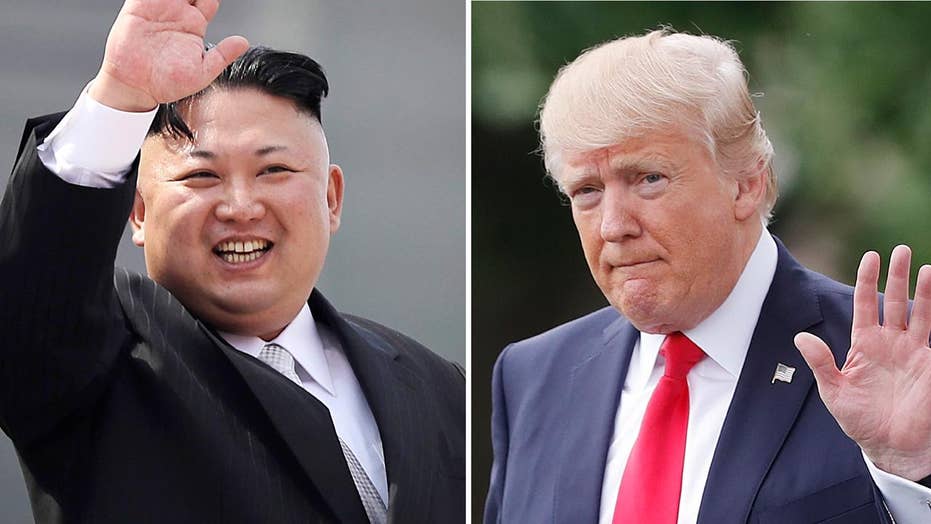 NK diplomat: Open to US talks under right conditions

A senior North Korean diplomat said on Saturday that Pyongyang would engage in talks with the U.S. for negotiations “if conditions are set.”

Choi Son Hui, North Korea’s foreign ministry director general for U.S. affairs, spoke briefly with reporters on Saturday in Beijing on route to Pyongyang. She was traveling from Norway, where she led a delegation that held an informal meeting with U.S. experts.

The diplomat’s comments seemed to mirror that of President Trump’s from an interview earlier this month with Bloomberg News.

“If it would be appropriate for me to meet with him, I would absolutely, I would be honored to do it,” Trump said, adding: “If it’s under the, again, under the right circumstances. But I would do that.”

Choi did not elaborate on what the North’s conditions are, but her comments raise the possibility of North Korea and the United States returning to negotiations for the first time since 2008, when six-nation talks over Pyongyang’s nuclear weapons program fell apart.

ELECTROMAGNETIC PULSE ATTACK ON HAWAII WOULD DEVASTATE THE STATE

When asked if talks were in the works with the new South Korean government as well, Choi said “we’ll see,” the New York Post reported.

Tensions with North Korea and the U.S. have increased drastically in recent weeks as Congress voted overwhelmingly to impose new sanctions on Pyongyang for continued missile test launches despite several warnings.

As of this week, North Korea has detained four Americans over alleged hostile acts and threaten to “ruthlessly punish” them.

The State Department was unable to comment specifically on the cases of the four Americans who have allegedly been arrested by the North Korean government.

“In regards to reports of recently detained U.S. citizens,” the State Department said, “we have no further comment due to privacy considerations.”

In Norway, Choi met with former U.S. officials and scholars for what are known as "track 2" talks. The talks, which cover a range of nuclear, security and bilateral issues, are held intermittently, and are an informal opportunity for the two sides to exchange opinions and concerns.