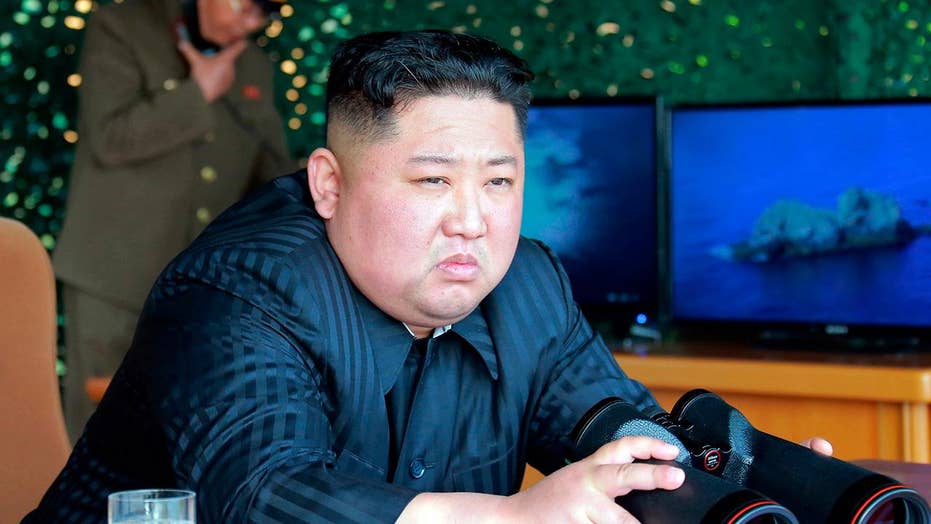 Eric Shawn: Kim Jong Un is 'a thug and a murderer'

North Korea has executed five officials for their part in the failed second summit between President Trump and North Korean leader Kim Jong Un, according to a South Korean newspaper.

Kim Hyok Chol, North Korea's special envoy to the U.S., was executed by firing squad in March for being "won over by the American imperialists to betray the supreme leader", according to the Chosun Ilbo.

The paper also claimed that four other North Korean Foreign Ministry officials were executed that same month because of the breakdown of the February summit in Hanoi, Vietnam, but did not provide details.

Kim Hyok Chol, North Korea's special envoy to the U.S., and four other North Korean foreign ministry officials, were executed because of the breakdown of the February North Korea-U.S. summit in Hanoi, Vietnam. (REUTERS, File)

Seoul's spy service said it could not confirm the report, while the presidential Blue House said that "it's inappropriate to make hasty judgments or comments."

Mike Pompeo, the U.S. Secretary of State, told reporters in Berlin that he had seen the reports and the U.S. was "doing our best to check it out."

Trump’s much-anticipated summit with Kim ended abruptly and without the two leaders signing any agreements over nuclear disarmament.

He had been Kim’s most trusted policy adviser and was removed from one of his posts.

He even was seen in photos with President Trump at the White House over the past year, delivering letters from the North Korean dictator.

Since the Hanoi nuclear summit between Trump and Kim ended in failure, North Korea has again tested weapons and boosted its belligerent rhetoric toward American and South Korean officials.

Fox News' Bradford Betz and the Associated Press contributed to this story.